An updated version of Liverpool’s rumoured away kit from Nike for the 2021/22 campaign has been leaked by reliable outlet Footy Headlines.

The website uploaded a picture of the jersey found in New Zealand by a Reds fan and an image of what the shorts to pair with the shirt will look like.

Described as a dark atomic teal, the bottom half of the kit contrasts heavily against the fossil shirt, with the colour scheme having been largely inspired by the Anfield-based outfit’s 1996/97 campaign away version.

We at the EOTK wouldn’t be surprised if this combination is a hit with Liverpool fans and becomes an instant classic.

You can catch the image below, courtesy of Footy Headlines: 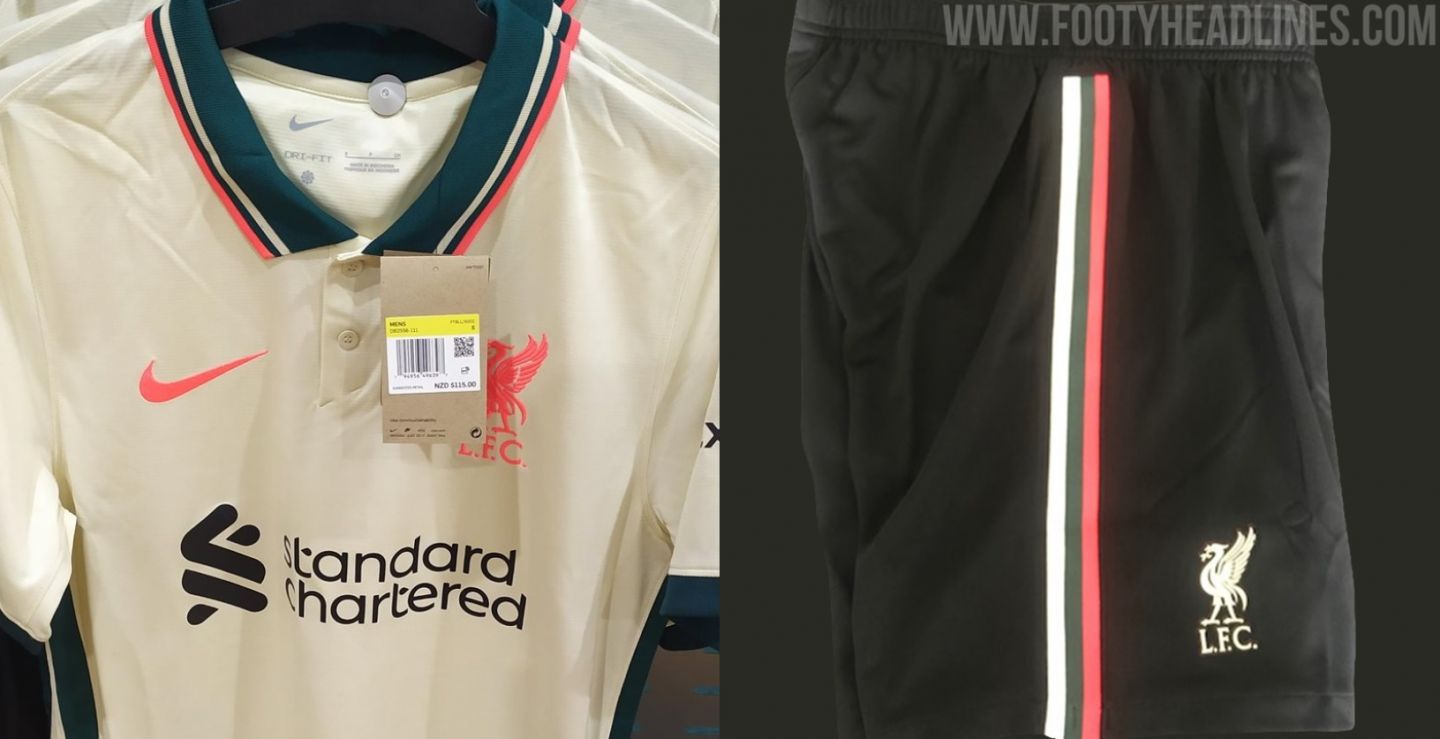 One response to “(Image) Updated version of Liverpool’s 2021/22 Nike away kit, including shorts, leaked by reliable Footy Headlines”