‘A very real prospect he could leave this summer,’ says the Daily Mail’s Dom King.

‘The story is out there because it is true,‘ says Neil Jones of Goal.

‘For long-serving Liverpool captain Jordan Henderson, the future is far from certain,’ says James Pearce of the Athletic – adding – ‘If Liverpool don’t actively engage on terms that are deemed fair to someone who has achieved so much, and given so much to the cause, then a departure could become more likely than a renewal.’

So, here we are. In an excruciatingly boring transfer window, it turns out Liverpool fans have got something to worry about after all.

And that’s whether our talismanic Champions League and Premier League winning captain will leave.

Even typing that sentence sounds odd… When discussing our senior pros; our best players; the ones Jurgen Klopp doesn’t leave out – it’s never even mooted that Hendo could depart.

It’s always whether Mo Salah will sign for Real Madrid; Sadio Mane for PSG… Hendo wouldn’t go anywhere… Would he?

We suppose over the next few months, we might become a little closer to finding out.

Liverpool and Jordan Henderson sat down for an initial conversation about renewing his current contract which expires in 2023 – and discovered they are WAY apart in terms of what the skipper wants and what the club is prepared to give.

Liverpool have proven under FSG’s ownership – with Jurgen Klopp in charge – that they’ll let first-teamers depart on Bosmans instead of giving in to contract demands they consider extravagant.

Just ask Emre Can and Gini Wijnaldum. Klopp wanted both to stay, but the club didn’t bow to their wishes and instead allowed the pair to run down their deals.

Hendo has two years left on his, so this is clearly now a possibility.

As a result, fans are raging. Twitter isn’t the best place to get sensible reactions to breaking news, but it would be fair to say the overwhelming reaction – and not just from teenagers with pictures of footballers in their profile pictures – has been vocal disappointment in the club for not simply rewarding the captain with a proper extension.

Jordan Henderson is 31. He looks after himself incredibly well, no reason why he couldn't have 4-5 more yrs at the top. Everyone knows what he is like off the pitch but it shouldn't be forgetting that he is a fantastic footballer on the pitch too. Would be a disaster if he left.

The season previous, knee, hamstring and calf injuries saw him out for 72 days overall.

By the time Hendo’s contract expires, he’ll be 33-years-old. In this respect, considering the injuries the midfielder has picked up and the physical nature of his game, you can almost see the club’s perspective.

For Michael Edwards, Hendo’s contract isn’t one of the priorities, and the reality is Liverpool cannot afford to offer the whole first-XI mega-money deals that will see them all stay until their mid-thirties.

Henderson likely wants a two-year extension on increased wages, which he’ll quite fairly argue he’s earned following our success under his leadership…

But Liverpool do not have a history of offering more money to players on the decline, which they also could fairly argue Henderson will be come 2023…

Before Steven Gerrard left, we offered him an extension but on 40% reduced wages. His agent walked out of the meeting and Stevie left for Los Angeles.

I think extending the contract of an oft-injured 31 year old, coming off an adductor rupture, with 2 years remaining on his contract, is fucking inanity

Liverpool need Henderson. It’s funny when fans produce prospective starting XIs for upcoming seasons and still leave the no.14 out for a Saul Niguez or an Yves Bissouma… It won’t happen. With Klopp in charge, Hendo is an automatic starter – and rightly so.

As Pearce points out in his Athletic piece:

‘Liverpool have lost 13 of the 116 league games where Henderson has been in the line-up — that’s 11 per cent. Of the 56 league games they have started without him over that period, they have been beaten 10 times – 18 per cent.’

We are a worse side without him – and that’s a fact. And considering our first-team right now is at its peak (and not too far off entering decline) it’s imperative we keep Henderson and keep him happy.

Klopp managing the likes of Ali, Trent, Virg, Robbo, Salah, Mane and the rest won’t last forever. We need to win trophies – and now. Losing the captain and a key part of the side and dressing room would be catastrophic.

Jordan Henderson deserves a new contract perhaps more than any other Liverpool star (bar Mo Salah?) for what he’s done over the past few years. He embodies the spirit it’s taken for us to reach the top of the mountain. He’s lifted the CL, the PL and the Club World Cup. He is a Liverpool legend and should be given a contract that sees him end his career at Anfield – no questions asked.

Jordan Henderson has dedicated a large part of his life to Liverpool Football Club and the city.

He deserves a contract that reflects his ability and stature in the game. If those in the club won’t do that, then you have to wonder about the people making these decisions. #LFC

What should we do?

So, hear me out. It’s not uncommon for legendary Liverpool captains to leave the club towards the end of their careers. Just ask Ron Yeats, Tommy Smith, Emlyn Hughes, Phil Thompson, Graeme Souness, Phil Neal, Ronnie Whelan, John Barnes, Ian Rush or Gerrard. We shouldn’t blind ourselves to what’s sensible – and the reality is we don’t know if Hendo will be the same brilliant player in two years’ time or someone winding down – which is the case for many 33-year-olds with a lengthy injury history.

It’s of paramount important we don’t let the skipper leave this summer or next – obviously. That would be ridiculous and Klopp rightly wouldn’t allow it – but waiting until closer to the time is probably sensible.

Hendo could quite easily be offered decent one or two-year extensions, like James Milner was, when the landscape is clearer. Offering him a three-year extension and a pay-rise right now might be what the player deserves for his contributions, but it’s not financially sensible.

We now need to see if Hendo will accept the wait or if he’ll demand it’s sorted this summer. I still can’t comprehend a situation in where he forces an exit.

The player who Liverpool should be offering a deal until 2026 to is Salah. He is never injured, he’s our most important attacker and has the body-type to go until 35. If he slows down, he can simply play as a centre-forward instead of wing-forward, where he’s equally effective. Let’s get the Salah contract sorted first.

We should be careful not to completely rubbish the owners on this one. They’re labelled greedy for not giving a player a contract, but the same isn’t said of the player who’s asked for one.

Hendo is brilliant and I love him – as a player and a person. I just don’t think there is a rush, yet. Let’s sort out deals for Salah and Sadio Mane – and look into the Hendo one alongside Fabinho and Virgil van Dijk (expires 2024) next.

Really, what the club should learn is that it’s not actually smart to have a number of top players with contracts all expiring years down the line. It’s better to have a few every season whose deals have a year or so left – and focus on renewing those every 12 months. Right now, we have six or seven players entering their thirties who think they deserve big pay-rises. And we have this at the same time Klopp needs to start bringing in signings as long-term replacements for them.

We’re at a crossroads, but the iconic team should remain in place for this season at least – and Klopp will be praying for good luck with injuries so we can collect more silverware. This lot are too good to end their cycle with only one Premier League and one Champions League. And Hendo will lead them. 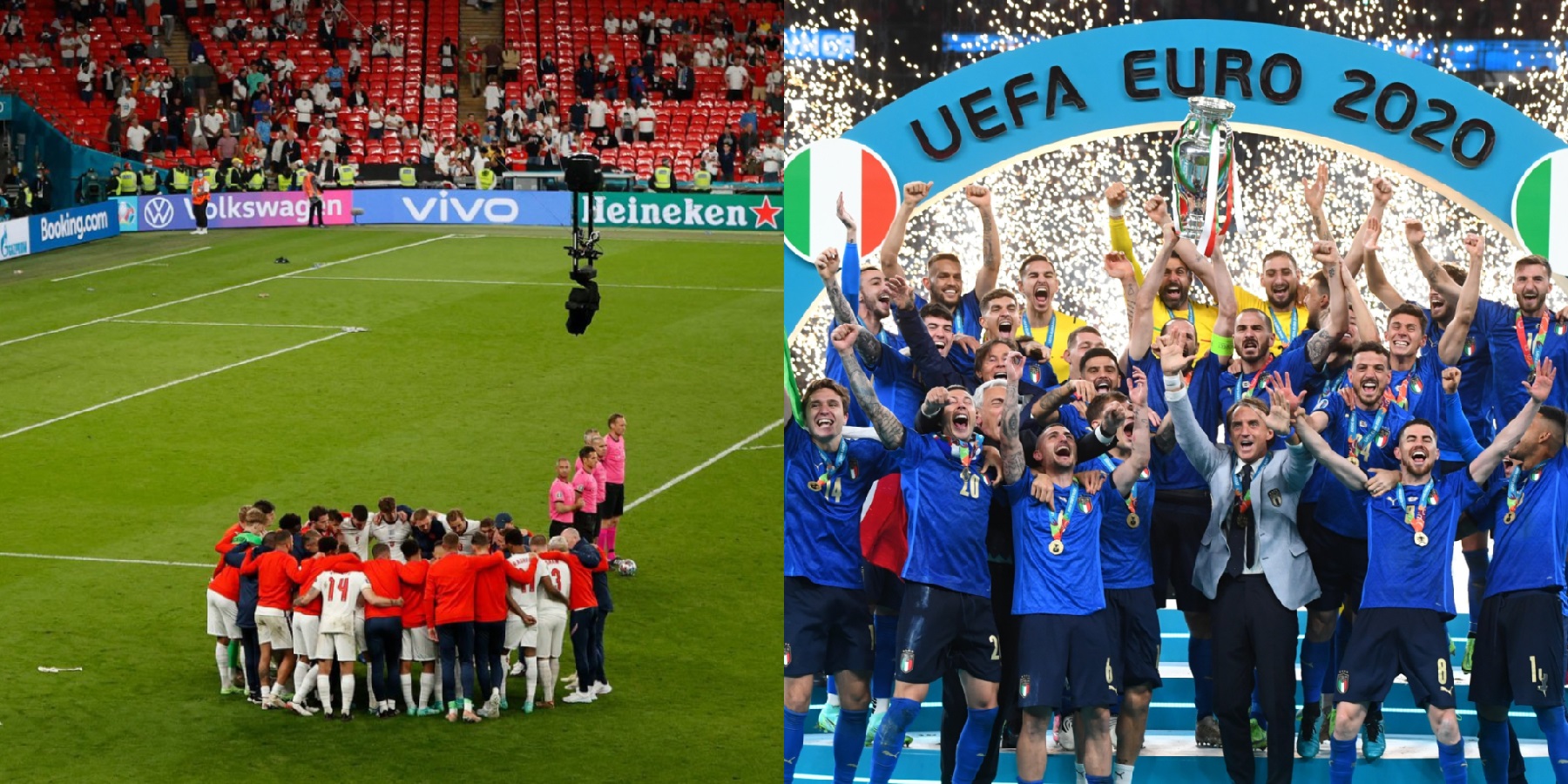