Manchester City are already brilliant. And despite being a huge Liverpool fan, who utterly despises their club, it’s not hard to admit that.

But it almost makes a mockery of it all that this relentless winning machine is set to add Jack Grealish for £100m (any day now) and Harry Kane for £150m (by the end of the window, you can be certain) to their already ludicrous roster.

Bearing in mind, City registered a financial yearly loss of £126m this year – and still have the audacity to imminently shell out another £250m before selling any of the plethora of world-class options at their current disposal.

It’s got a touch of when Bayern Munich bullied their way to Mario Gotze and Robert Lewandowski from Borussia Dortmund, the only team who got near them at the time. It made many scoff at the Bundesliga, and rightly so.

You’re already really, really good – why do you have to be so greedy?

Well, it starts with the manager, Pep Guardiola. He is so trusted by the powers that be at the Etihad that his word on comings and goings, especially any monster deal, will have been entirely crucial.

Here’s what he said on such things back in 2009, when he was at Barcelona creating the best club side of all time through the exceptional La Masia stars and his tactical genius:

“Modern football sometimes makes me sad. Nowadays there can be more focus on big-name signings rather than promoting youth and that makes me sad. Why buy a striker for £50 million when there is one waiting in the youth team?”

Football has moved on since then, and I’m not going to entirely hold this sentence against him, especially considering Jurgen Klopp once made a not dissimilar comment about the immorality of £80m footballers before going on to buy Virgil van Dijk…

But another Guardiola soundbite came but just a few months back, and is unforgivable:

“At the prices (quoted) we are not going to buy any strikers. It is impossible, we cannot afford it. All clubs are struggling financially, we are not an exception. We have Gabriel (Jesus) and Ferran (Torres) who have been incredible in this position. We have young players in the academy and we play many times with a false nine. There is more of a chance we aren’t going to buy a striker for next season.”

The cheek of it!

All clubs are ‘struggling financially’….. except the one whose books are cooked and has money siphoned into it via the petro-owner’s unlimited state wealth – via absurdly unrealistic but somehow unpunished sponsorship deals.

But I’m not even mad (right now) about the non-existent Financial Fair Play rules Liverpool thought they were adhering to – or even Pep’s hypocrisy.

Guardiola is, as mentioned, a genius. For 12 years or so, his teams have played the consistently best football of any other in history, counting for longevity. His tactics have redefined the game. Those who state he is only good because of his soon-to-be billion pound spend at City are entirely wrong. He’s incredible, which makes the side who cantered to the title spending £250m on two players, under his watch, so grim and unnecessary.

What’s funny is I’m not even sure Grealish gets in the team. Raheem Sterling, Riyad Mahrez and Phil Foden would be currently ahead of him in the running for two wing-spots either side of Kane, right…?

City fans will read this and cry jealousy. And don’t get me wrong, there is part of me which would absolutely love the excitement of Liverpool adding superstars right now. This summer’s transfer saga has revolved around securing over £12m for Xherdan Shaqiri, which doesn’t really get you quite as excited…

But an Aston Villa fan said it best (and probably most inappropriately) on Twitter, when he said, ‘Winning trophies with City is like losing your virginity to a prostitute’.

A friend of mine, said glumly, that it just feels ‘a bit like cheating’. Or maybe playing a computer game on easy mode. You never get the same satisfaction out of winning, do you? Perhaps the handful of fans who gather outside of City’s stadium every time they win something is testament to that.

But what can we do? I could get irate via a column or simply enjoy it tenfold when our time arrives again. And if we get very good luck with injuries, and a far better hand from the officials this time around – I still think we can give them – the champions who are spending £250m on two players – a right good go.

Winning the title this season, given City’s impending arrivals, would be even sweeter than the one that broke the 30-year duck. Don’t get me wrong: they’re favourites. They have a better squad. But our starting XIs are pretty close and when a Jurgen Klopp side gets on a roll they’re hard to stop; especially this one.

And that would truly put to bed the argument about the best manager on the planet right now, wouldn’t it?

14 responses to “Editor’s Column: Pep Guardiola is embarrassing himself by adding Grealish and Kane to the best squad on the planet” 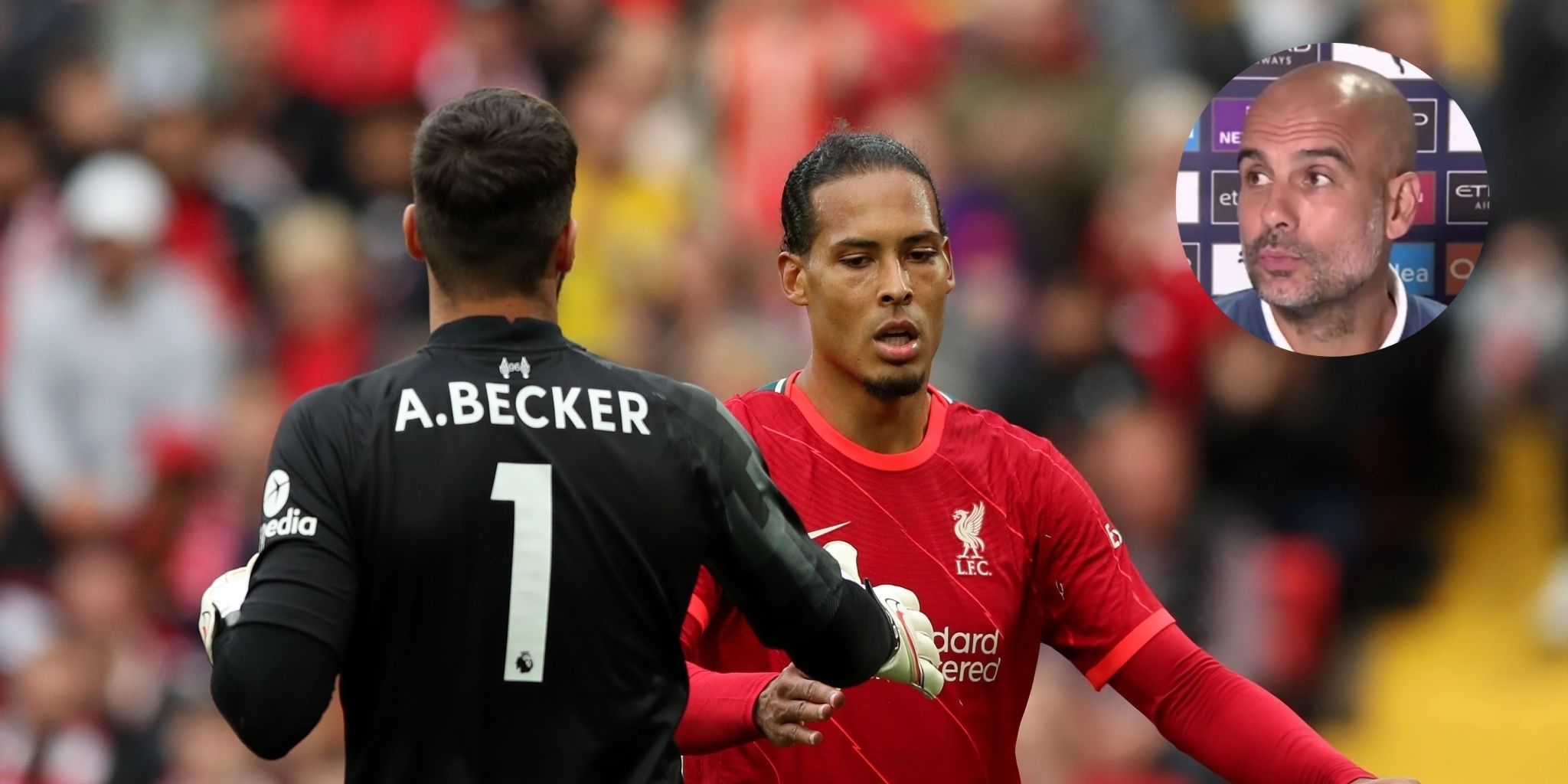