Karim Adeyemi has ‘liked’ a tweet concerning him on the Twittersphere, with Liverpool journalist Andrew Beasley having penned an article on the young forward for the Echo.

Looking at the teenager’s pressing stats, the reporter noted that the Austrian Bundesliga starlet could very well be worth some interest on the Reds’ end.

Given our limited depth beyond our prestigious front-three and Diogo Jota, it’s an option one may expect the club to pursue in future, not least of all due to the apparent compatibility of the player’s profile with the parameters generally set by the recruitment team.

Having began the season strongly with seven goals in 11 games across all competitions – comparatively weaker division or no – the RB Salzburg attacker has certainly shown signs of promise.

Should our rumoured interest eventually result in a bid on our end, it seems likely that Liverpool will face competition from other elite European heavyweights, as has been suggested in another report.

You can catch the image below: 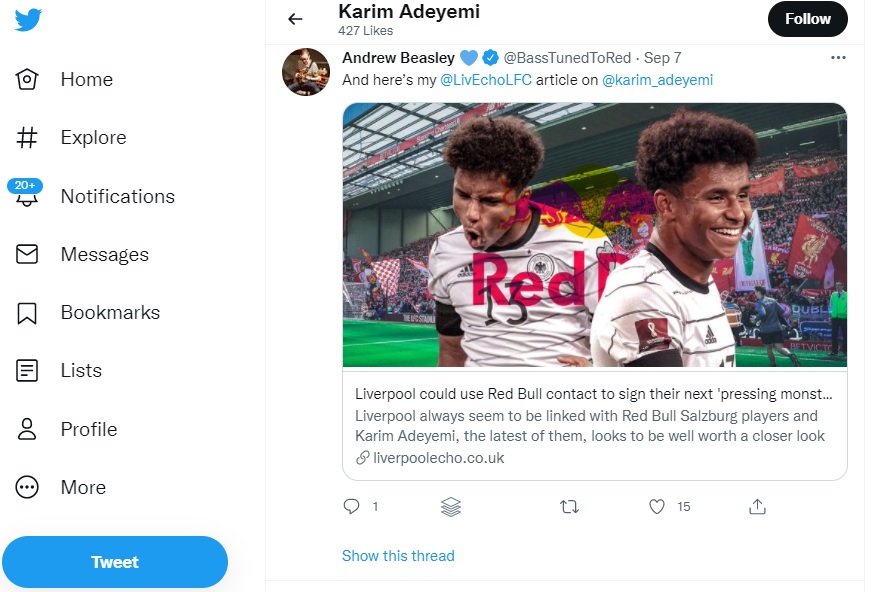