A Liverpool fan on Reddit noticed that linked forward Karim Adeyemi had posted a reply in the comments to Harvey Elliott’s operation update on Instagram.

The RB Salzburg player wished the young Red well after a successful surgery procedure, with the former Fulham Academy graduate having sustained a dislocated ankle during a 3-0 victory over Leeds United at the weekend.

The German attacker has been in scintillating form this term, registering six goals in his club’s opening seven league games.

READ MORE: Wijnaldum fires second shot at Liverpool after reaffirming prior ‘desire to stay’ at Anfield

A great deal will undoubtedly be made – between hopeful fans and speculation merchants alike – of the interaction between the two young gems.

Whilst we’re certainly curious to see if our reported interest in the teenager develops into something more serious in one of the next transfer windows, it’s a gesture we certainly appreciate from the Austrian Bundesliga starlet.

You can catch the image below, courtesy of Reddit user u/strider3187: 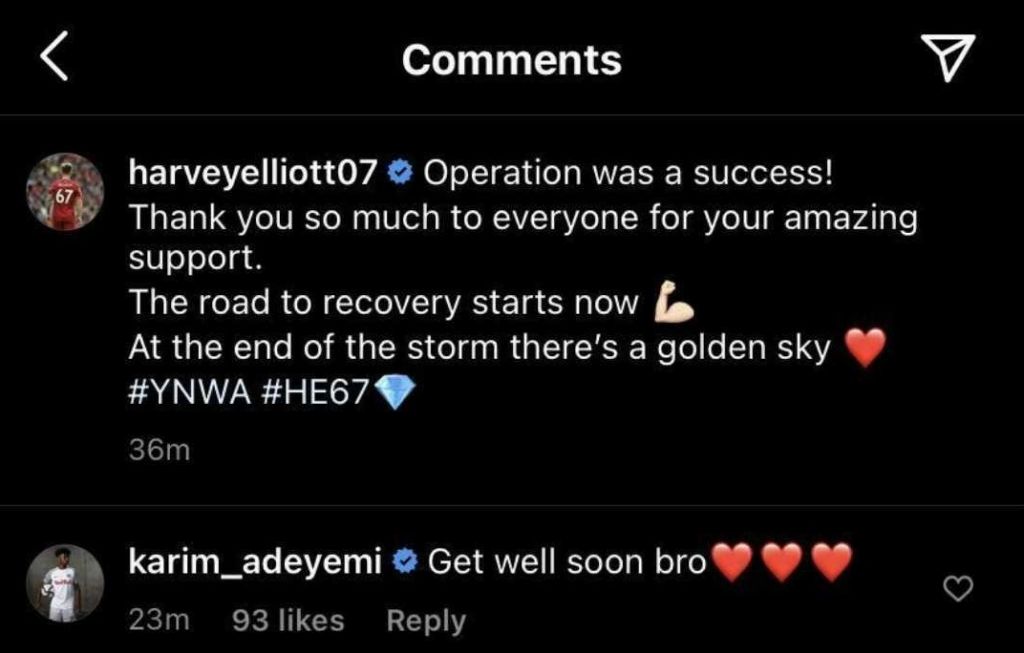