Harvey Elliott was pictured in good spirits following his reportedly successful surgery on a severe injury.

The young Englishman had dislocated his ankle during Liverpool’s 3-0 victory over Leeds United at Elland Road following a collision with Pascal Struijk.

Though the club understandably refused to put a timeline on the teenager’s recovery, it’s reassuring that there is a level of expectation that the player will return to first-team football this season.

It will likewise be a significant boost for the Liverpool squad, with the players on and off the pitch evidently affected by the injury during their meeting with Marcelo Bielsa’s outfit.

You can catch the photo below, courtesy of Reddit user u/AndrewLonergan: 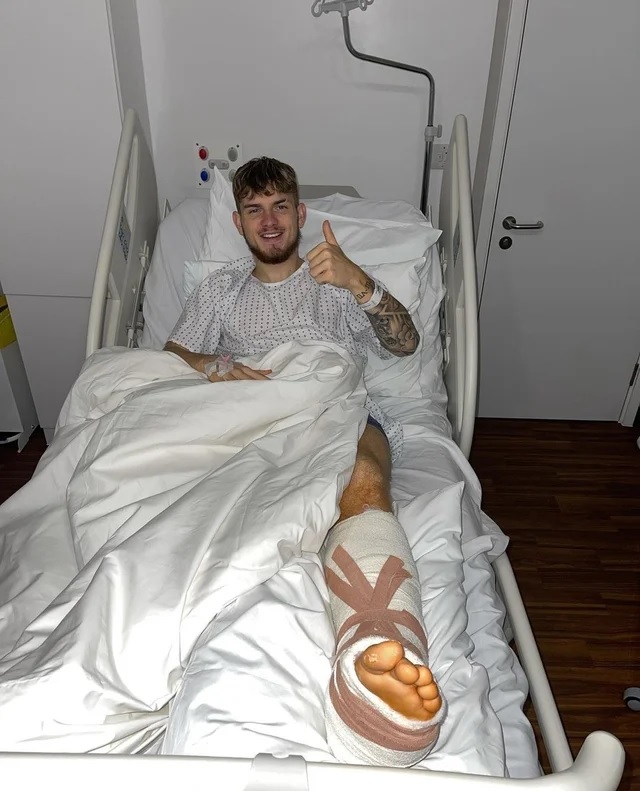