One Liverpool fan on Reddit has released a host of statistics to support their claim that Jurgen Klopp’s men are on course to hit roughly 99 (98.98) points this season.

Stats, of course, can be misleading if misapplied, though the early signs from the Reds campaign thus far are far from discouraging.

Likewise, however, the like-for-like start from Thomas Tuchel’s Chelsea outfit suggests that the Merseysiders’ will not be unchallenged this term.

Despite Manchester City’s mixed bag of results so far, we can probably expect the Cityzen’s to build far more consistency down the line as has been the case historically.

We’ve seen before an impressive points tally of 97 still falling short of the 98 secured by Guardiola’s men, so a total exceeding that would certainly put us in a good position with regard to securing the return of the league title.

Pundits appear, for the most part, reluctant to change their initial predictions around Liverpool, though credit has to be given for our early efforts, which can only bode well for us over the course of the season.

You can catch the statsheet in question below, with more detail available on Reddit, courtesy of u/SuperHyperFunTime: 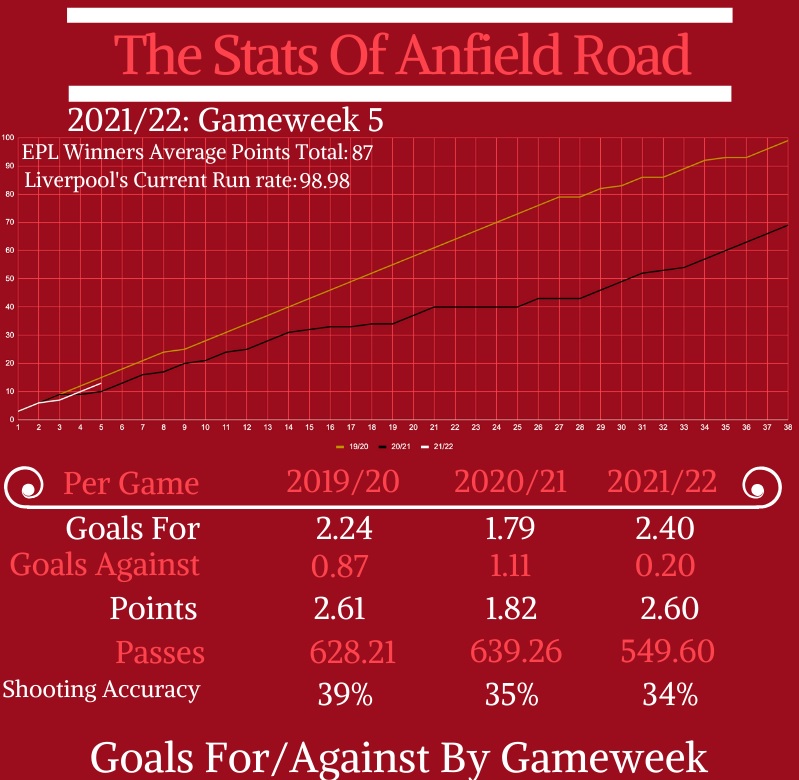