Harvey Elliott released an Instagram post showing his latest progress in his efforts to recover from a dislocated and fractured ankle.

The midfielder was pictured smiling away on an exercise bike at Liverpool’s AXA training centre.

The teenager had been injured during the Reds’ 3-0 victory over Leeds United early in September, with the No.67 having since had successful surgery to correct the concern.

READ MORE: Liverpool may have been handed a transfer boost after managing director’s financial update

It’s potentially likely that we could see the 18-year-old return to the first-team squad before the season’s out, with recovery times ranging from between three to six months.

You can catch the photo below, courtesy of Elliott’s Instagram page: 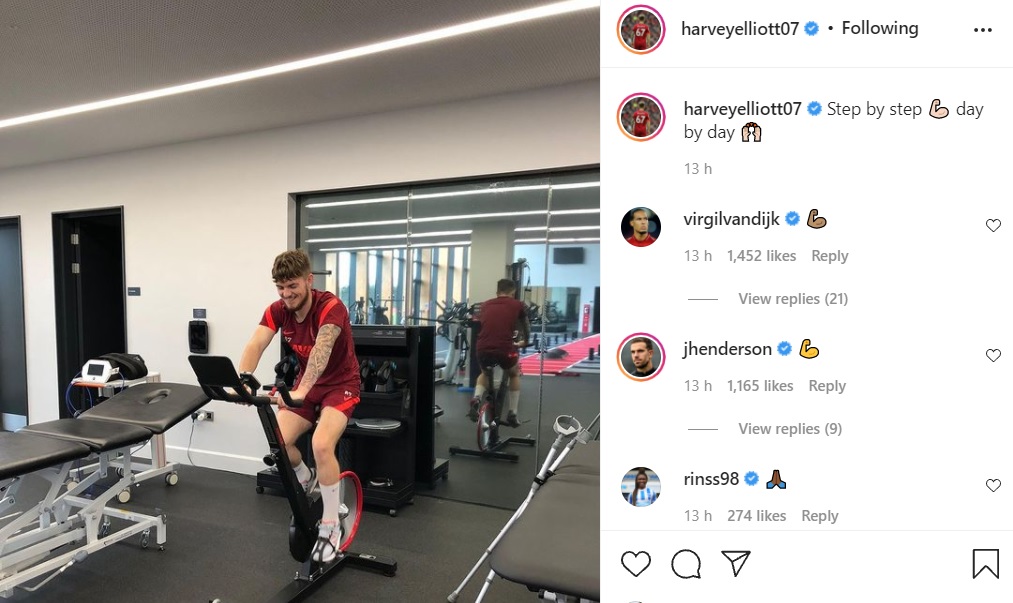