Kieran Trippier is amongst an exclusive, yet ever-growing, club of Englishmen plying their footballing trade abroad, and he locked horns with Liverpool in the dramatic 3-2 victory at the Wanda Metropolitano Stadium last night.

Speaking with BT Sport after the game, the Bury-born defender summarised his opinions on another memorable Group B encounter.

Discussing the quality of his Merseyside opponents, the right-back said: “Liverpool are an unbelievable side and you’ve seen how well they’ve played this season.

“There’s a lot of positives for us to take away from tonight but disappointing that we didn’t at least come away with a draw”.

Reporter Des Kelly also asked for comments regarding the red card incident between Bobby Firmino and Antoine Griezmann, to which the 31-year old replied: “I feel sorry for Griezmann, his eyes were on the ball and I don’t think he saw Firmino coming and it wasn’t on purpose.

“His foot was high but his eyes were on the ball, it’s difficult”.

Finally, commenting on the lack of a late penalty for Atletico, he said: “There were some massive decisions in the game today but we have no excuses…

“The players have said there was some contact on Jose [Gimenez] and the referee gave the penalty, but then he went to the screen and he said ‘no penalty’. The referee made his decision and we have no excuses.”

All-in-all a fair conclusion of the game from the man who was one of six English internationals to play last night.

It’s a pity that his manager didn’t show the same level of decorum as he ran down the tunnel without shaking Jurgen Klopp’s hand.

The next time Trippier will face up against the Reds will be at Anfield and another win would ensure progression to the knock-out rounds, with two games to spare.

You can watch his interview in full here via BT Sport: 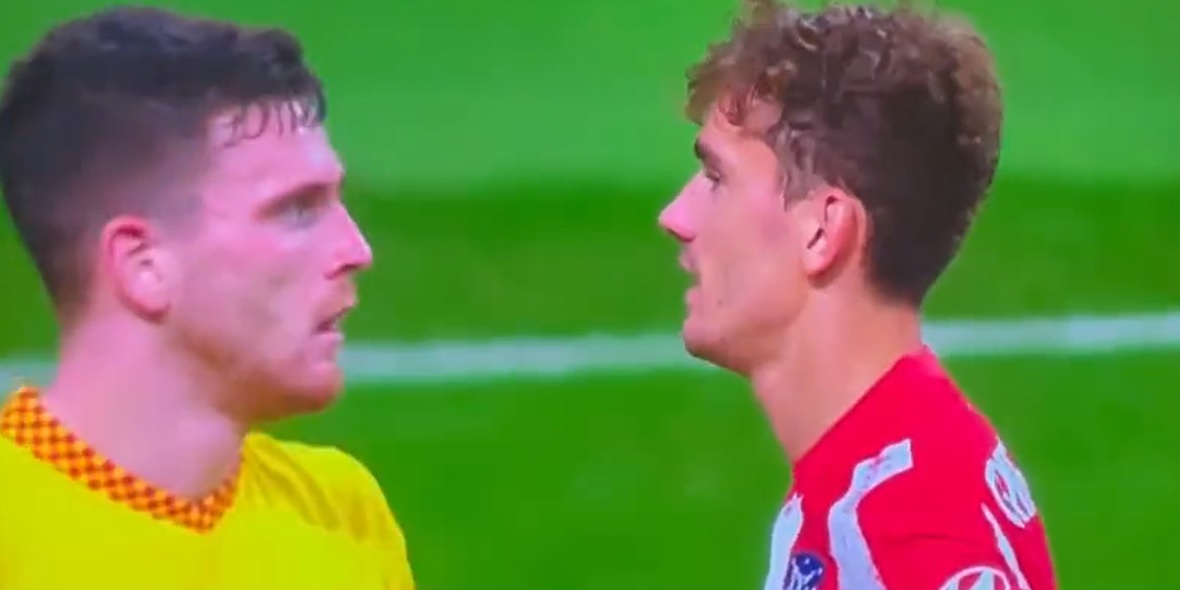