In a brawl sparked by the Portuguese international’s unsavoury kick at Curtis Jones, the former RB Leipzig defender was quick to join the fray and retaliate against Bruno Fernandes’ shove on Virgil van Dijk.

Chaos quickly descended as Fred too decided to intervene in the dispute, attempting in vain to drag the Frenchman away, whilst the bemused centre-half fended off the midfielder with one arm.

You can catch the clip below, courtesy of @GrizzKhan: 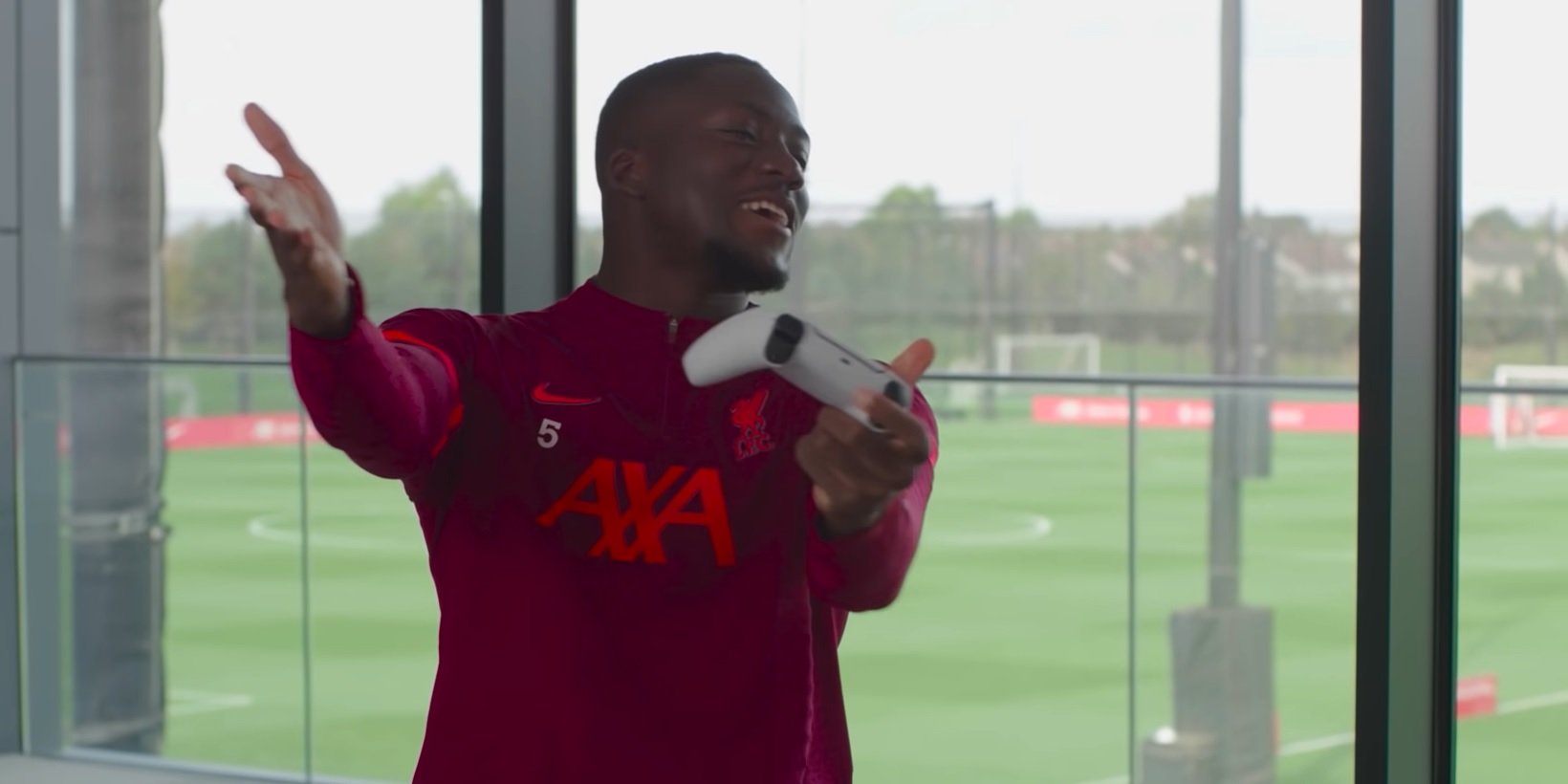 (Video) ‘No, no, no’ – Watch Konate getting annoyed at FIFA after challenge disadvantage