Jermaine Defoe has backed Manchester City to retain their league crown this term despite highlighting their lack of an out-and-out No.9.

The ex-striker did reserve some praise for Liverpool’s ‘frightening’ forward line, with the Reds currently ahead of Pep Guardiola’s men in the English top-flight table.

“Watching people saying they [Manchester City] don’t have a number nine – they played with a false nine all of last season, without a proper number nine, [Sergio] Aguero didn’t play and they won the league,” the former England international was quoted as saying by the Metro.

“For me, I still feel like they are the team to beat, with the options that they’ve got, the quality that they’ve got, bringing in Jack Grealish – [Raheem] Sterling doesn’t even start! And the know-how, they know how to do it.

“I know Liverpool are looking good, and the front three are frightening – I think the front three of [Roberto] Firmino, [Mohamed] Salah and [Sadio] Mane are back to where they were before – but I still think that Man City are the team to beat.”

As the table stands, only a point separates the Anfield-based outfit from leaders Chelsea.

With 20 league goals in nine games thus far, only third behind Liverpool (27) and Chelsea’s (23) tallies, one might be inclined to argue that the Citizens are hardly suffering up top.

However, a comparative rate of 2.22 goals per game in the Premier League compared to Liverpool’s rate of three per game suggests, firstly, that we’ll be a more potent side over the course of the season and that we’re potentially more likely to win a greater number of games.

Even accounting for goals conceded – Manchester’s rate of 0.44 per league game is superior to our rate of 0.66 – we appear, at the moment, to be the superior side.

Statistics can only count for so much, of course, but the early signs suggest that we’re stronger contenders for the title than commentators give us credit for. 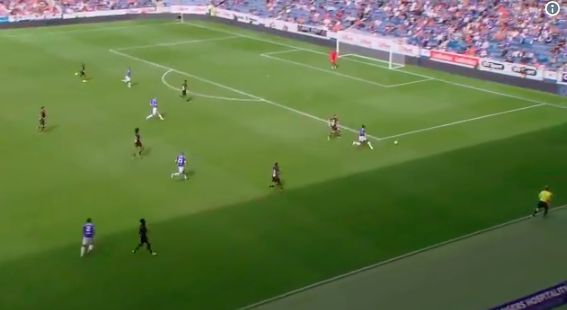