A number of Liverpool fans felt compelled to have their say on Reddit after one eagle-eyed supporter shared a screenshot of Reds star James Milner in attendance during the U19s’ 2-0 victory over their Atletico Madrid counterparts.

It’s an update that prompted comments about the Englishman’s future and the possibility of a coaching role at Anfield once his playing career draws to a close.

The former Leeds United man has earnt something of a reputation during his time in Merseyside for being a veritable role model for the club’s young starlets.

Indeed, it’s not the first time the 35-year-old has gone out of his way to support the club, having been previously spotted observing proceedings as the senior team took on Preston North End in their EFL cup clash despite missing out on selection through injury.

You can catch the image of the veteran midfielder below along with some fan reaction, courtesy of Reddit user u/Walshey-: 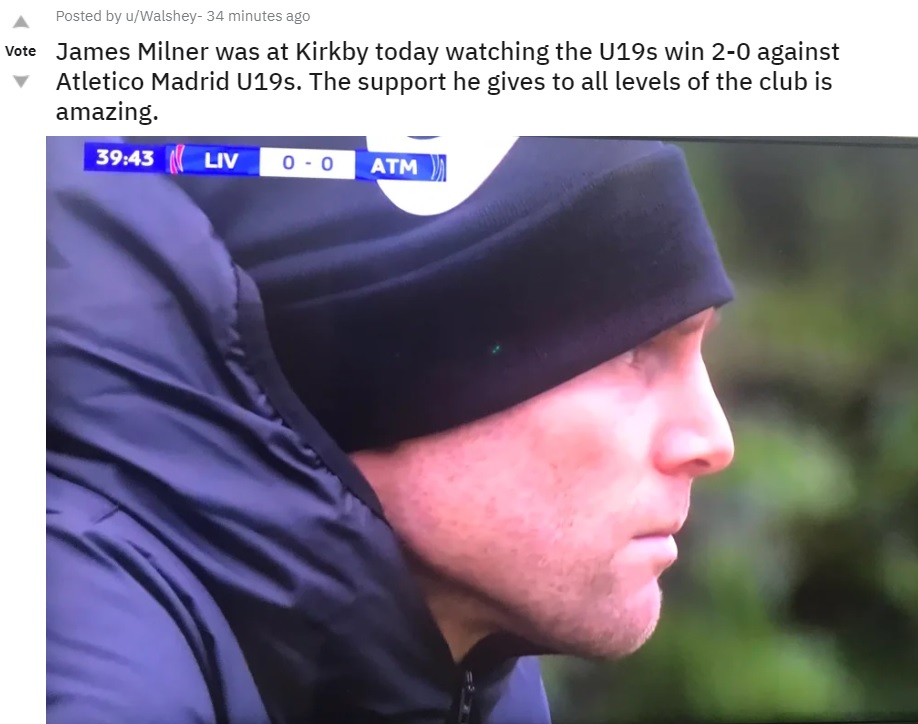