Harvey Elliott has shared a picture of himself and ex-Anfield favourite, Fernando Torres, on social media following Jurgen Klopp’s men’s 2-0 victory over Atletico Madrid in the Champions League.

It’s fair to say that the former Spanish international has undergone something of a significant physical transformation from his days playing in the famous red shirt.

If our talented 18-year-old can emulate the kind of career Torres enjoyed during his time in Merseyside, we’ve no doubt that Elliott will be held in similar regard in future. 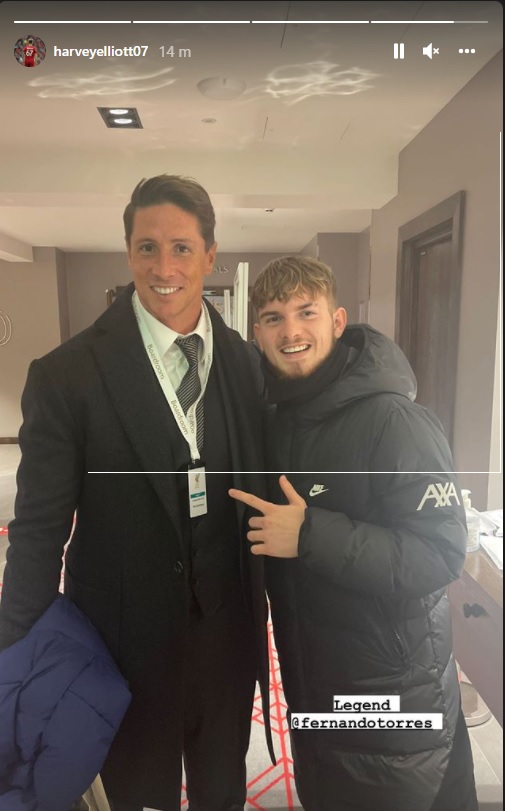