Bobby Firmino shared a heartfelt message to his former Liverpool teammate, Gini Wijnaldum, on Instagram for his birthday.

The ex-No.5 was a highly-valued member of the Reds squad during his time at Anfield, with the club genuinely missing his durability on the pitch amidst a mini-injury crisis in the middle of the park.

READ MORE: ‘Can lead to injuries’ – Virgil van Dijk weighs in on proposals for a biannual World Cup and future meeting with Arsene Wenger

Beyond that, the Dutch international was a beloved part of the dressing room in Merseyside and, as ever, we at the EOTK wish him nothing but the best for the remainder of his playing career. 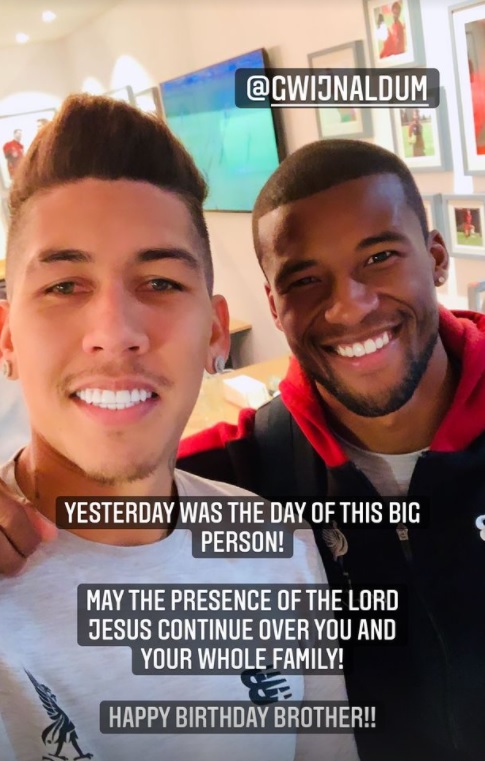