Alisson Becker was clearly disappointed after the West Ham result and has taken to Instagram to vent his anger.

The Brazilian stopper posted a picture from his international fixture against Colombia, alongside a not so cryptic message.

READ MORE: (Image) Andy Robertson becomes latest to join the NFT craze as he reveals his own merchandise in Instagram post

This refers to the first goal against West Ham on the 7th of November as Angelo Ogbonna was accused of blocking our ‘keepers hands as they both challenged for a corner.

After a VAR check it was decided that the Hammers’ defender did not foul Brazil’s No.1 who was adjudged to have scored an own-goal but, following his Instagram message, it’s fair to assume he doesn’t agree with that decision.

His performance in that game even started some discussions online of whether he should be dropped or not, which may have also affected the confidence of the 29-year-old which may be why he has come out swinging for the officials.

Was he right to bring this all up again, or is it time to move on? 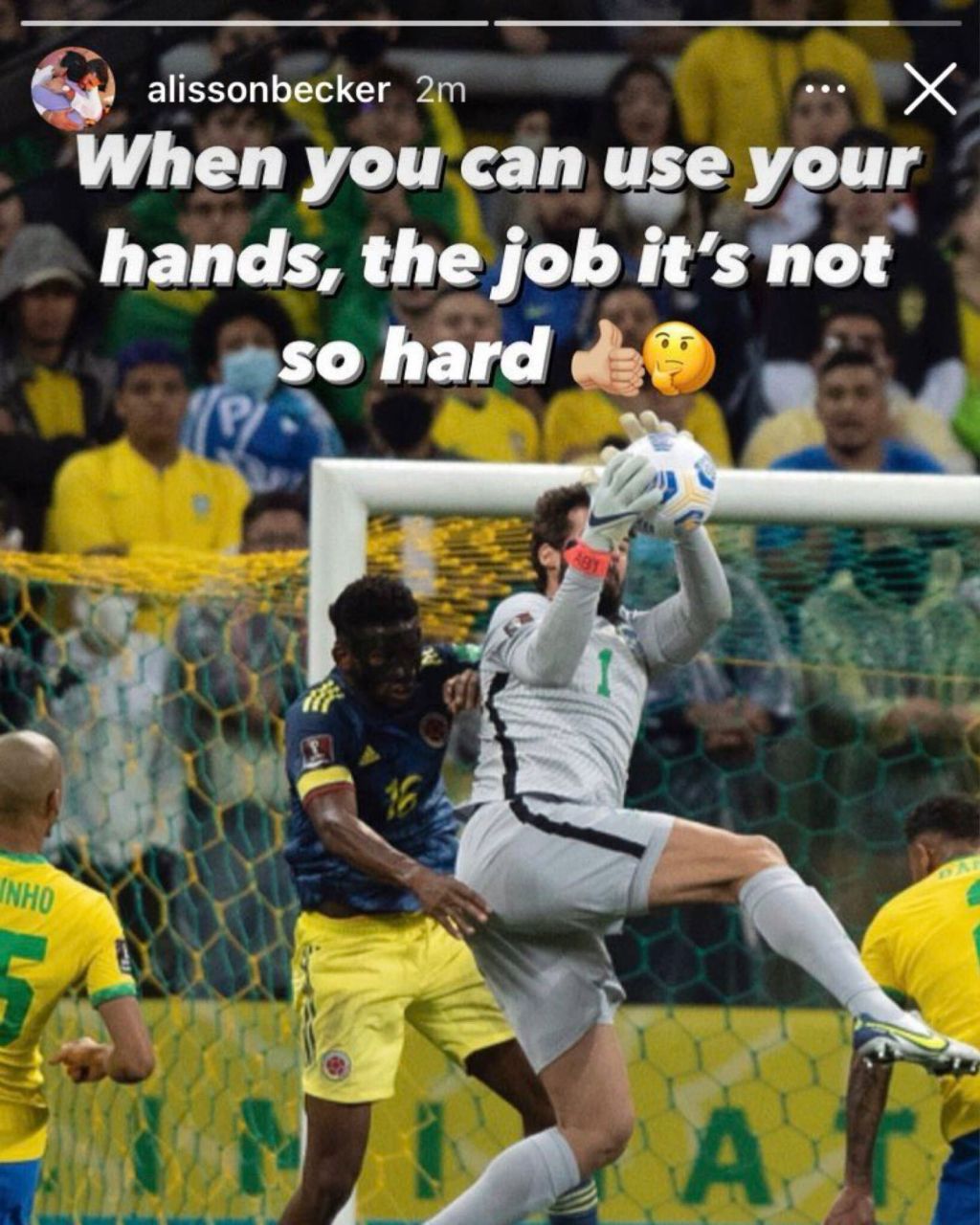