Trent Alexander-Arnold has a keen eye from distance and has sent a tribute a man with a similar talent in a different sport.

Steph Curry has broken the record for the most amount of points collected from three-point shots and is now cementing his place as the best ever basketball player, from distance.

His accolade has collected headlines world-wide in appreciation for the feat that he has achieved, even reaching as far as Liverpool as one of our players joined in on the praise train.

Our No.66 posted on his Instagram story to say: ‘Congrats bro, keep inspiring‘ as he made sure to make the 33-year-old point guard aware of the inspiration he is providing for a whole generation of sport fans.

The Scouser in our team is not afraid of setting a record or two himself and he will be hoping to achieve some similar records himself, in terms of assists though for the right-back.

The 23-year-old was clearly impressed with the landmark total and let’s hope the praise can be returned when our man breaks his own records in the future.

You can view the story on Alexander-Arnold’s Instagram story: 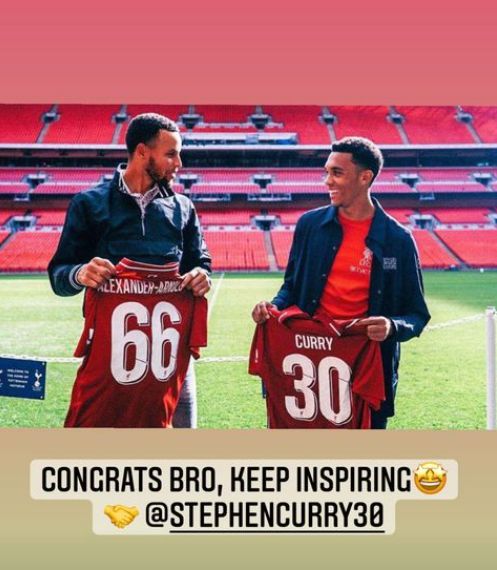