Liverpool defender Virgil van Dijk took to his Instagram account to confirm the reasoning behind why he was absent from his side’s victory over Newcastle United at Anfield.

The Holland captain also congratulated his side on the performance after the Reds reached 2000 top-flight wins.

The former Southampton man, alongside Fabinho and Curtis Jones, tested positive for Covid-19 prior to the game against Eddie Howe’s men on Thursday and will now face time at home isolating.

Ibrahima Konate was drafted into the starting XI by Jurgen Klopp and the Frenchman performed well.

The former RB Leipzig man’s main attributes are his pace and strength and on numerous occasions, he displayed these assets to ensure that Newcastle’s main man Allan Saint-Maximin was kept quiet all night.

Our No. 4 alongside his teammates that have also tested positive, are believed to have received both doses of the coronavirus vaccine but will still face 10 days of isolation.

This means they will be unavailable for the trip to Tottenham Hotspur on Sunday as well as the EFL Cup quarter-final against Leicester at Anfield on December 22.

Hopefully, the trio will not suffer as a result of the virus and can recover quickly as we continue our title push. 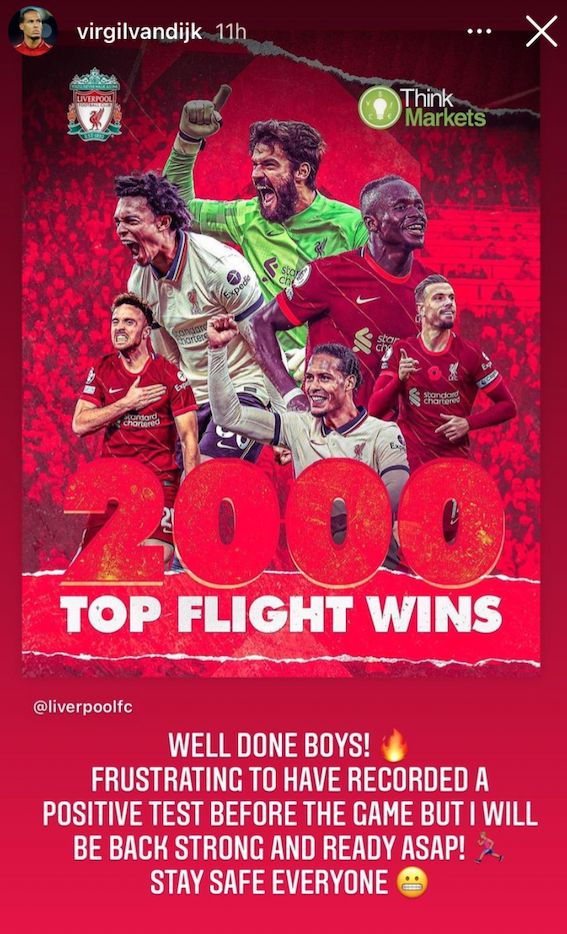