Fabinho was caught out by his wife Rebeca Tavares on Instagram as she surprised him with an undercover recording.

The Brazilian was sat on the couch massaging his partner’s feet, unaware that his kind gesture was being recorded, until he clocked the camera being pointed his face.

Our No.3 took it well though and clearly wasn’t too outraged as it found it’s way onto the Instagram story of his wife, posted to her 132,000 followers.

We can all be thankful there wasn’t any Paul Scholes-esque feet action involved in the video either and this can just be filed under an innocent act of kindness.

Seeing as the 28-year-old avoided receiving a yellow card against Leicester City, he will be available for the Chelsea match and we hope he’s been able to take the weight off his feet in the build-up to a big game.

Let’s hope for a better result at Stamford Bridge and that our defensive midfielder is on hand to help stop any attacks from the West Londoners.

You can view the video via @rebecatavares on her Instagram story: 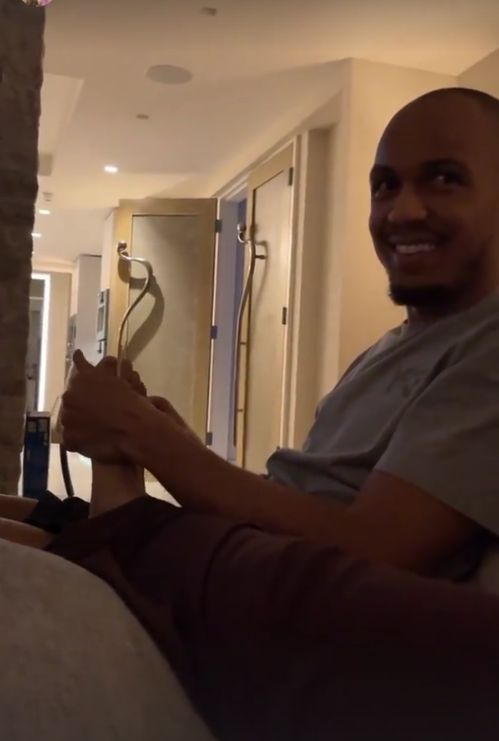