Three Liverpool players top the Premier League for an unwanted statistic that may explain some recent poorer results.

Mo Salah, Sadio Mane and Diogo Jota are ahead of the rest of the league for big chances missed, which can of course mean a few things about our attacking trio.

First of all; it illustrates that we are making a lot chances and that is best demonstrated by our Egyptian King and our No.20 being placed as number one and two in the goal scoring charts for the league.

READ MORE: “Despite the outbreak” – Lawrenson backs Liverpool for FA Cup tie despite unknown squad availability for the visit of Shrewsbury

However; it does also show that we have missed a lot of chances this season and if the 32 combined chances had found the back of the net, we would be higher up the league.

Although a lot of praise has been given to our attackers and fingers pointed at the defence, had our brilliant strike force been even better – we would be in a better position.

This is all obvious and if you score more goals, you will win more games.

Nevertheless, having three players at the top of the list shows that we could easily have scored more goals this season and thus be in a better position in the table.

You can view the statistic on the Premier League website: 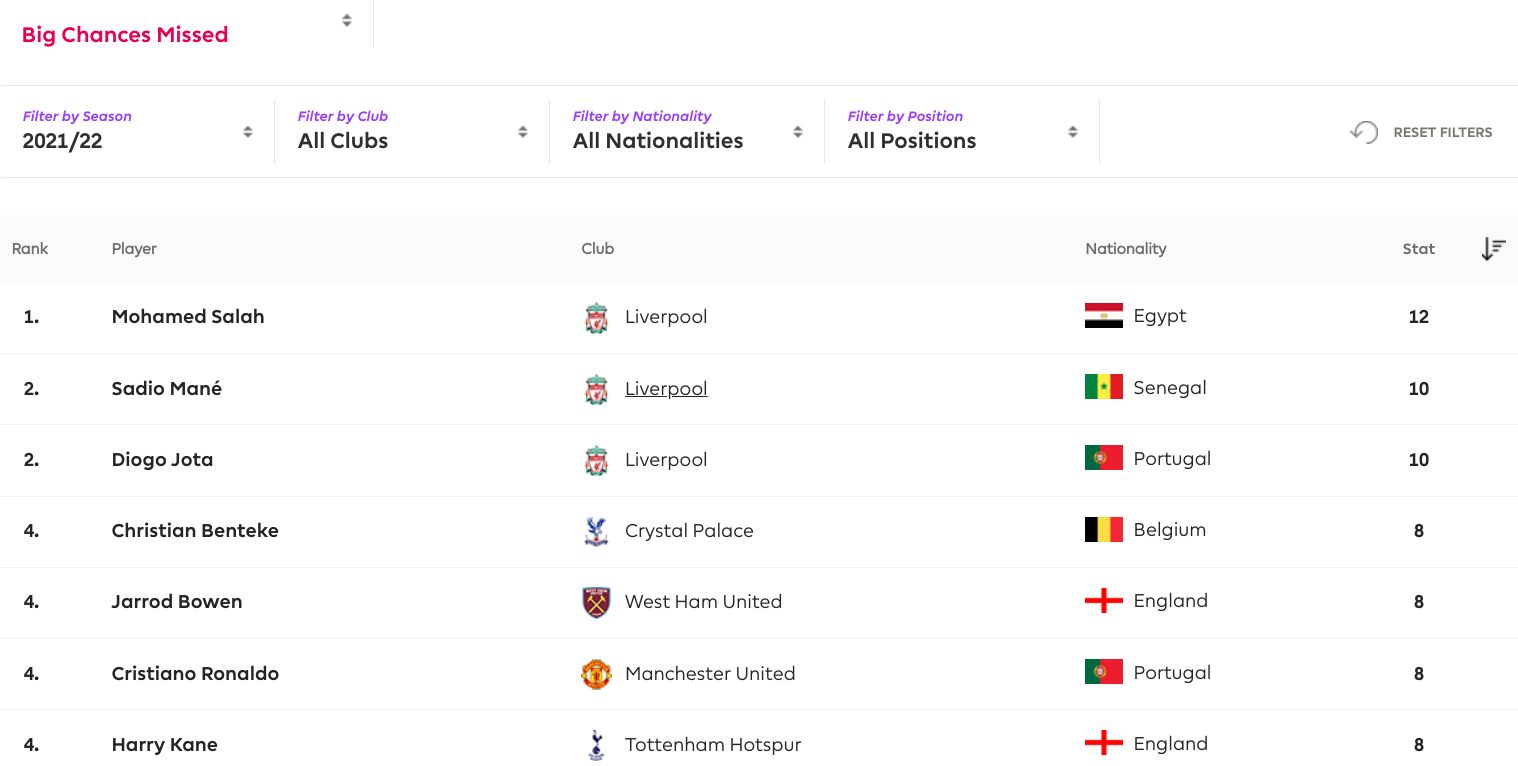