Liverpool booked their place in the quarter-finals of the Champions League but have faced some criticism for their 1-0 loss to Inter Milan.

Jurgen Klopp’s side did the work needed at the San Siro and the two goals scored were enough to see us into the next round, despite an Anfield victory for the Italians.

One former Red took to his Instagram account to share his thoughts on a performance that could have been much better, as Sander Westerveld shared his opinions on social media.

The 47-year-old wrote: ‘Maybe not the most convincing but could/should have scored 3 and didn’t give too much away.. most importantly, into the quarter-finals’.

Our former ‘keeper had a good point and if any of the Mo Salah efforts off the post, or the Luis Diaz shot on goal go in – it’s a totally different game and perception of it.

Let’s hope we can get our shooting boots back on soon and put a good few goals past Brighton, in order to get our confidence up in front of goal. 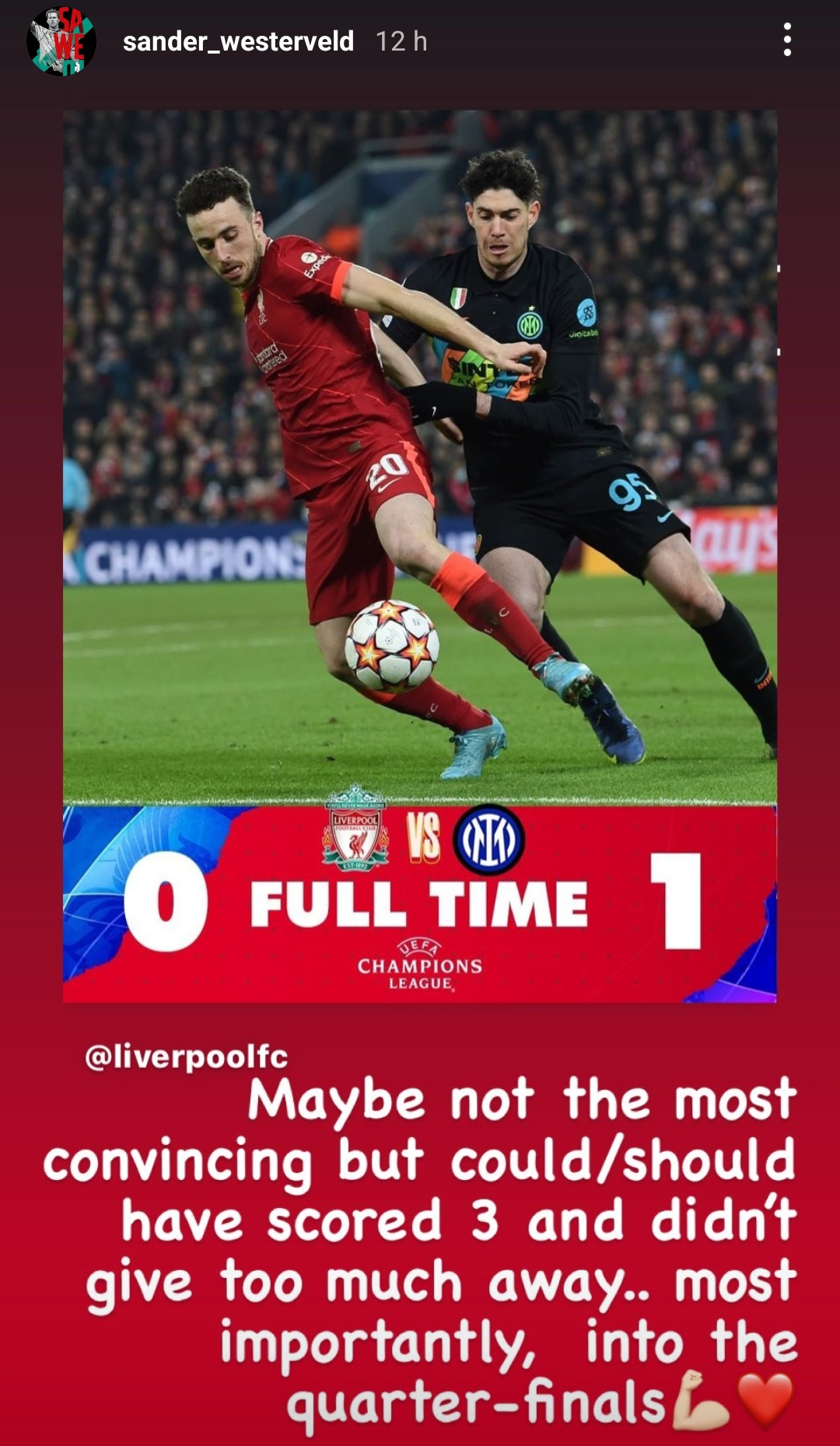