Julia Vigas, wife of Thiago Alcantara, clearly enjoyed her husband’s return from injury as she shared a video of Anfield in full voice.

Despite it not being the result that Liverpool had hoped for, it was enough to see us qualify into the quarter-finals of the Champions League and that was all the objective ever was.

The 1-0 loss to a 10-man Inter Milan may have been enough reason for our supporters to be quietened on what was billed as another famous European night.

READ MORE: Sami Hyppia returns ‘home’ sharing pictures and videos of his return to Anfield for the visit of Inter Milan

The video from the 32-year-old Spaniard illustrates how loud our stadium was and the scarf-swinging antics of the ‘Allez, Allez, Allez’ singing crowd, was perfectly captured in her Instagram video.

It’s going to be a tough end to the season and the fans need to ensure that every team dreads coming to our fortress, the only way to do that is by singing loud and proud.

Let’s hope this joint effort of players, coaches and supporters can get us over the line in as many of the three competitions we remain in.

You can view the video via @juliavigas on Instagram: 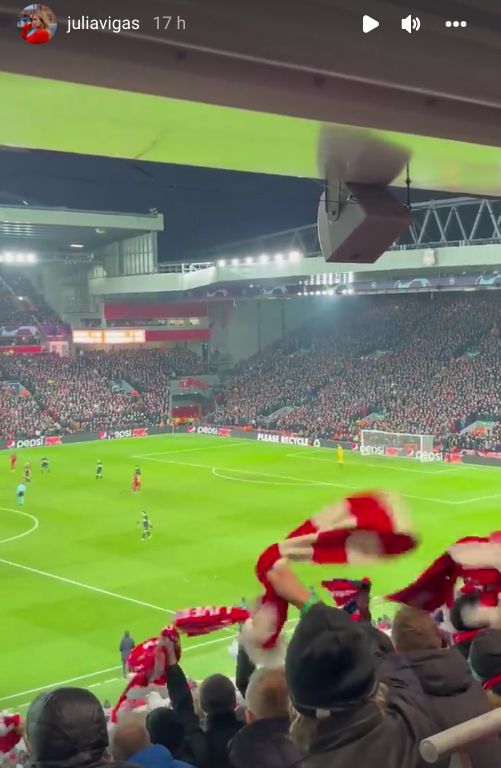