Liverpool’s upcoming Premier League fixtures have been compared against that of Pep Guardiola’s Manchester City, with the Reds facing four of the ‘Big Six’.

The Merseysiders come up against Arsenal, the Cityzens, Tottenham and Manchester United, whilst the incumbent champions face only the Merseysiders in their remaining 10 top-flight games.

As such, it would appear that Jurgen Klopp’s men have a tougher run of games compared to their league rivals.

With the former having enjoyed some superb momentum since the resumption of domestic football, however, the German will no doubt be hoping his side can continue to lean on their good form to keep the pace with the Etihad-based outfit.

You can catch the image below, courtesy of Sky Sports: 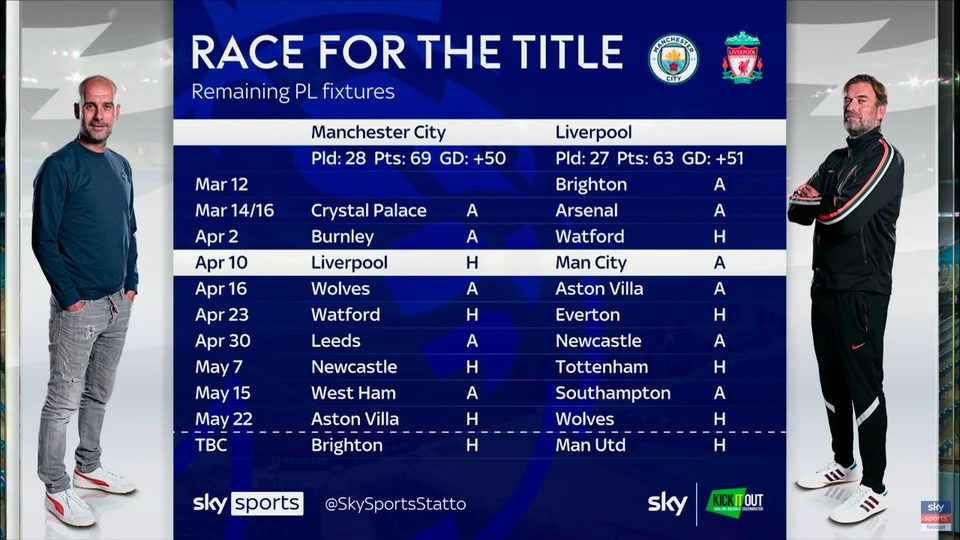