Paul Gascoigne has faced more than his fair share of demons and addiction issues since his retirement from football and many wondered how they could have helped him more.

One theory is that the former England international should have signed for Manchester United and Alex Ferguson could have sorted him out and put him on the straight and narrow.

In a way to debunk this theory and speaking during an open mic evening, the 54-year-old said: “People say, ‘Why didn’t you sign for Man United because Fergie would have sorted you out?’.

“Yeah, Rio Ferdinand did a runner from a f***ing drugs test, Eric Cantona two-footed a fan in the stands to his neck, Wayne Rooney s****ed a granny and Ryan Giggs s****ed his brother’s f***ing wife!”

There’s too many stories and too many people to go in to and some you probably have to put the word allegedly in the mix somewhere but it’s easy to see the point the Newcastle-born midfielder was trying to make.

Particularly given the recent form of his former club, there’s certainly an aura around the Scot and his managerial skills but that doesn’t mean he didn’t make plenty of mistakes too.

You can watch the video of Paul Gascoigne via @jstanuddaw00l on Twitter: 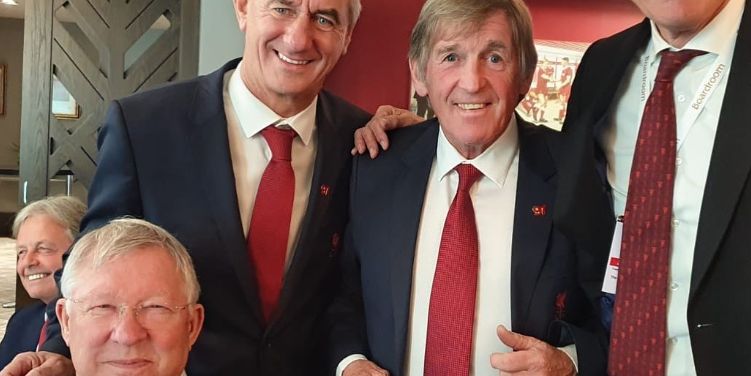 Kenny Dalglish, Ian Rush and Alex Ferguson pose for a picture together in meeting of British football greats at Anfield