Pepe Reina and Lucas Leiva may be playing together in Italy now but their relationship began in Liverpool.

During their seven years together on Merseyside the duo struck up a great bond that was rekindled in 2020, as the Spaniard joined Lazio and they’ve both enjoyed good times together on and off the pitch.

Sharing an image from a training session for the side that currently sit fifth in Serie A, the Brazilian tagged his mate and put the lyrics to ‘You’ve got a friend in me’ over the image that was shared on Instagram.

In response to this, our former ‘keeper replied with a simple message of ‘YNWA Hermano’ and that perfectly sums up their bond.

It’s great that the ethos and message behind an anthem they first heard together in 2007, is still ringing so true 15 years later.

Two real stalwarts for our club who are adored by our supporters and clearly still have a lot of love for their days spent at Anfield.

You can view the posts on Lucas and Reina’s Instagram stories: 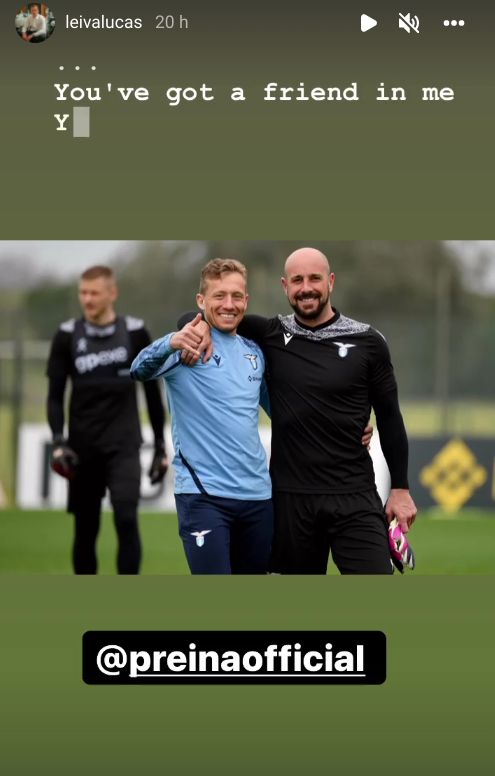 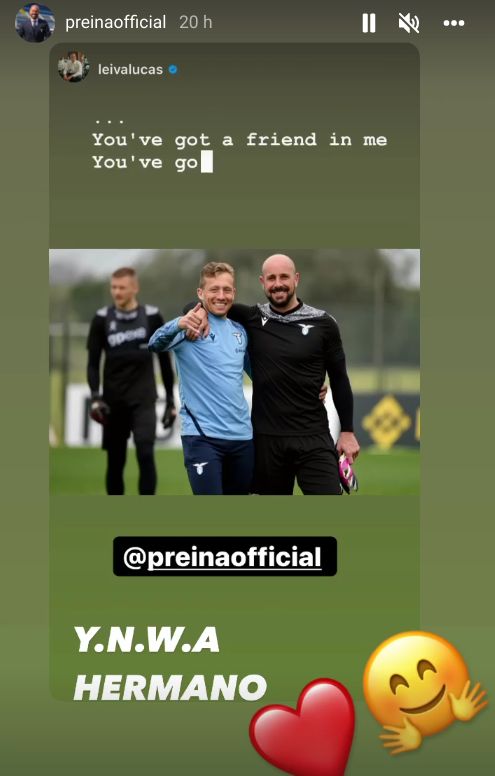