Trent Alexander-Arnold shared an update via an Instagram story of his injury recovery progress online after sustaining a hamstring concern.

The fullback sustained the concern prior to Liverpool’s 1-0 victory over Nottingham Forest in the FA Cup quarter-finals.

The defender is expected to make a return to the pitch sooner than initially expected, with the first leg meeting with Benfica in the Champions League deemed a viable potential return date. 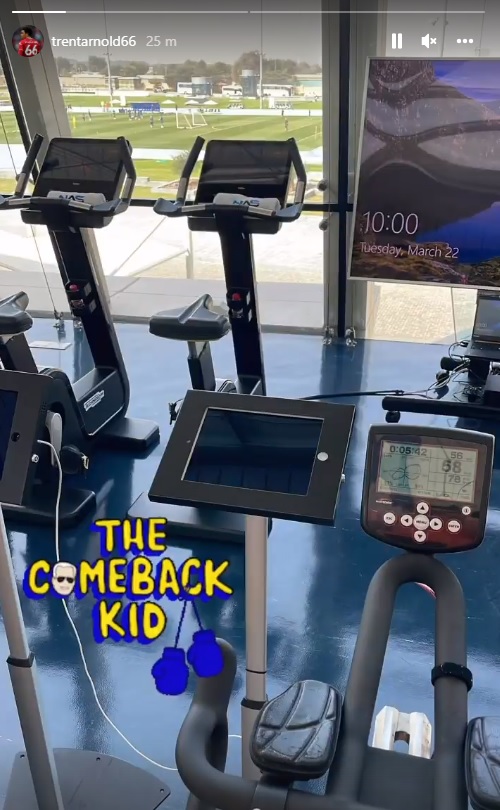 Carragher disagrees with some commentators on Trent Alexander-Arnold: “I’ve noticed that a lot more in the last four or five months”