Sami Hyypia joined up with the rest of the Liverpool legends, ahead of the game against Barcelona legends at Anfield.

As the squad were given access to the AXA Training Centre in Kirkby, they were all allocated places in the dressing room and our former No.4 was given the position of the man who currently wears that squad number.

Taking to his Instagram page, the former Finnish international wrote: ‘Thanks Virgil van Dijk for your place today. What an honour’.

READ MORE: ‘I miss you, old man!’ – Fabinho dedicates Brazil victory to his late father on what would have been his birthday

Both defenders share more than a squad number, with both captaining their national sides and having played for FC Groningen in their early careers.

It’s great that the former players are also such big fans of the current crop and the adoration between them all is great to see.

We’re sure that it would have been an honour for the captain of Holland to allow a former captain of our club to use his space for a day too. 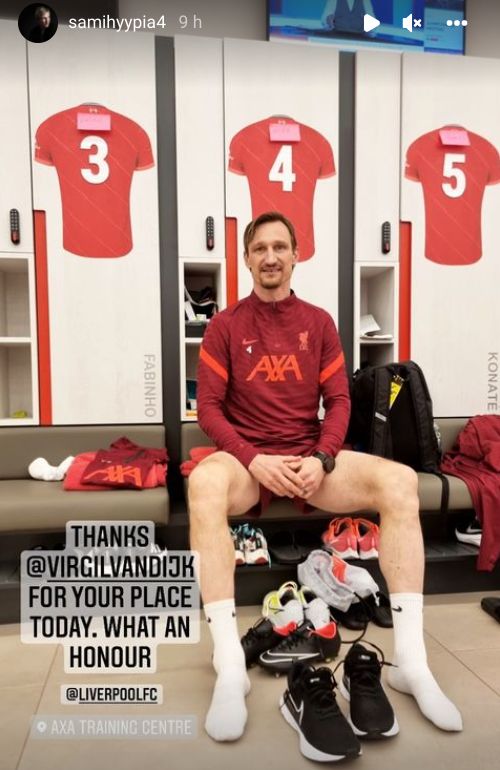