Jamie Carragher gave a nod to the latest controversial Oscars moment, following an on-air altercation between Will Smith and Chris Rock, online in his most recent Instagram post.

The 44-year-old shared a picture of a somewhat awkward handshake with former Liverpool skipper, Steven Gerrard, with the caption: “@willsmith @chrisrock before next year’s #oscars.”

The former Red was involved in the Merseysiders’ Legends clash with their Barcelona counterparts, suffering a 2-1 defeat at Anfield. 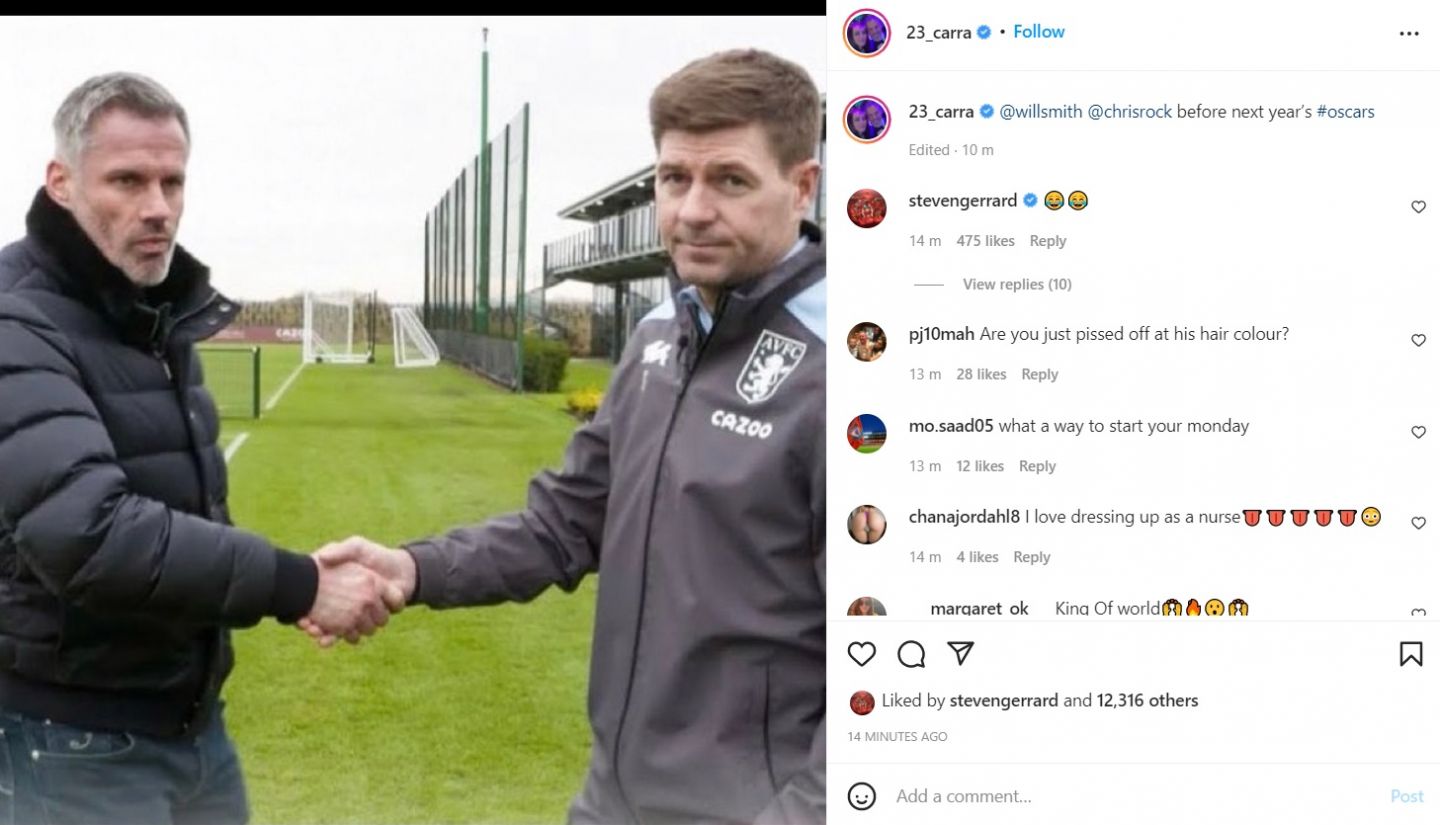 Watch the moment Will Smith goes on stage at the Oscars and hits comedian Chris Rock after he makes joke about his wife Jada Pinkett Smithhttps://t.co/mDQKMc3nXd pic.twitter.com/IsEefJdlj4