There are many who forget just how young Curtis Jones is and because of that, his performances are often harshly critiqued.

Speaking on his Instagram stories, ex-Red Jose Enrique was asked what he thought about our No.17’s performance against Watford in the Premier League.

The 36-year-old said: ‘I think he is a good player but when he plays on the right side of the midfield he doesn’t do well there is much better on the left of the three. Still really young and a lot to learn but I like him to be honest’.

READ MORE: Alan Shearer on a ‘flip of coin’ title race between Liverpool and Manchester City

It’s a criticism of the Scouse midfielder but qualified well by the former left-back and he does present a reason why he believes he didn’t play too well against Roy Hodgson’s side.

There’s plenty of time for the Toxteth-born academy graduate to improve but his game time is being limited of late, purely because of the huge competition in the squad.

It’s clear that Jurgen Klopp has belief in his ability though and that is the main person that the 21-year-old needs to impress.

You can view the message on Enrique’s Instagram page: 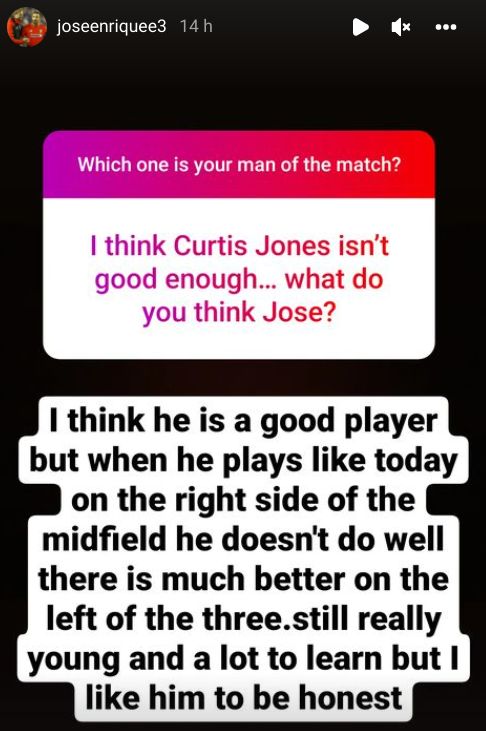