All focus from the players and staff will be on the Benfica game but some supporters have more than one eye on facing Manchester City this weekend.

‘Guys we are playing against a very good side away from home and in the quarter final of the Champions League and we play City 5 days after, so enough time to rest.

READ MORE: Ex-Red on the two ‘talented’ Chelsea players he’d sign for Liverpool that could ‘integrate into the current system’

‘I respect everyone’s opinion but don’t underestimate Benfica because it is going to be a difficult game’.

There will be plenty of fans hoping for a fast start so we can build a lead and then take some players off, ahead of the game against Pep Guardiola’s side in the Premier League.

However, that’s a lot easier said than done and no team get’s to the quarter-finals of the Champions League without being a good side.

Resting players seems like a risky strategy and we’d be better off going in strong and then trying to take players off if we’re winning, especially with the five permitted substitutions in Europe. 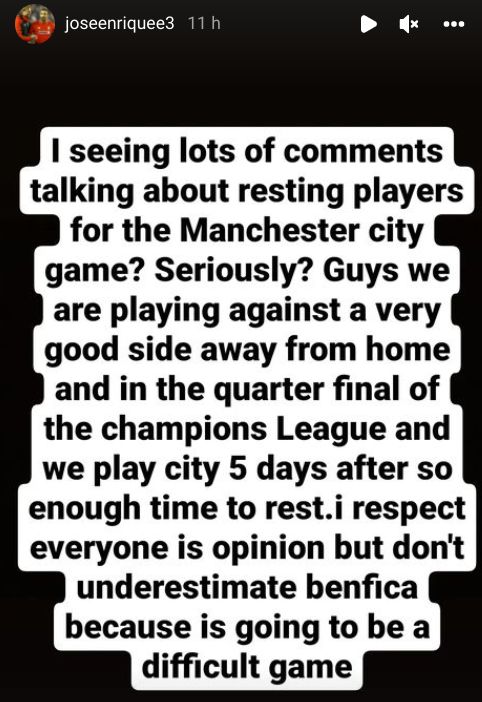