It wasn’t just the Liverpool fans and players who were happy to see Ibou Konate to score his first goal for the Reds, one transfer target also joined in online.

Having recently being linked with a €75 million move to Jurgen Klopp’s side, Christopher Nkunku took to his Instagram account to celebrate the opening goal in our quarter-final tie.

Being a former teammate of our No.5 would have been the main reason for the celebration and he was obviously happy to see him score his first Champions League goal.

READ MORE: ‘It is with mistakes we learn!’ – Ibou Konate responds to his Benfica Champions League error with positive message

If it’s true that his side are ‘listening to offers’, then his friendship of the French defender could be a big help in any possible negotiations for the man with 16 goals and 13 assists, in 28 Bundesliga appearances this season.

The Parisian also re-posted the video to his own story, as he shared several posts that were shared to congratulate him on his big moment against Benfica.

Let’s see if this one ends in another Red Bull player at Anfield.

You can view the video of Konate via Nkuku’s Instagram stories: 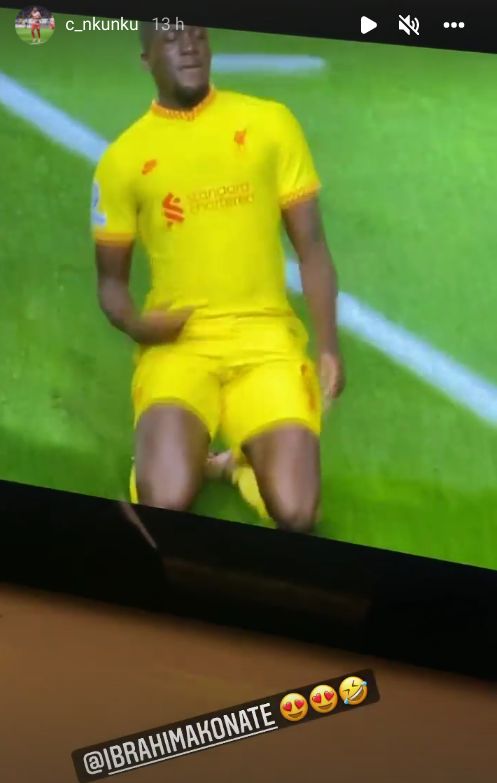