Despite not being part of the team that beat Benfica, Adrian shared a picture with the rest of the lads on their way home.

There’s only been one game that our No.13 has been given any minutes this season and that was during a Carabao Cup victory over Preston North End.

Despite this lack of minutes and losing his second-choice ‘keeper spot to Caoimhin Kelleher, the Spaniard still remains as a positive influence on the squad.

As the 35-year-old boarded the plane back to Liverpool from Portugal, he shared a selfie with several other members of Jurgen Klopp’s star-studded squad.

In the image are: Luis Diaz, Kostas Tsimikas, Fabinho, Thiago Alcantara and Bobby Firmino – with all of them looking happy after a good night’s work.

Let’s hope they’re as happy following the second-leg and after both the upcoming games against Manchester City.

You can view the image on Adrian’s Instagram story: 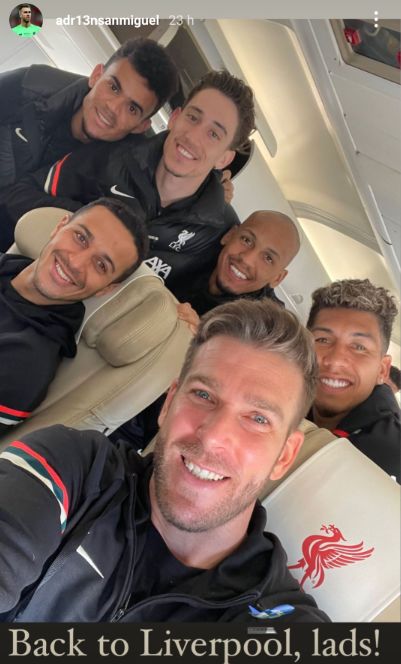