Fabio Carvalho appeared to give credence to Fabrizio Romano’s claim of an agreement having been reached between Liverpool and Fulham after liking the journalist’s Instagram post on the subject.

The Italian reporter tweeted confirmation of the Englishman’s pending transfer to the Merseysiders to the tune of £5m (plus add-ons).

The midfielder is reportedly set to join Jurgen Klopp’s men on a five-year deal keeping him at L4 until the summer of 2027. 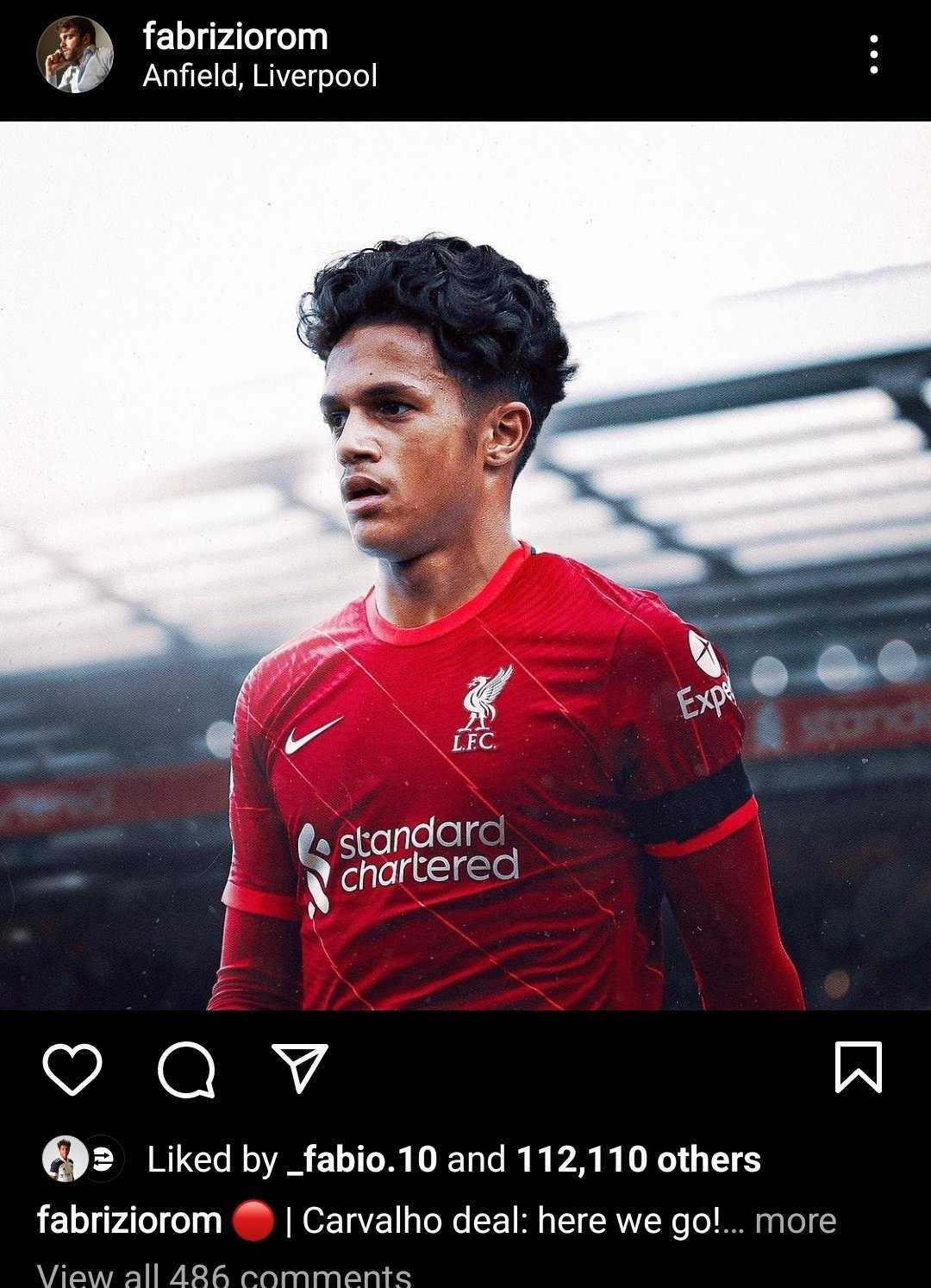