With the game being closest to the anniversary, Anfield presented its latest Hillsborough memorial mosaic before the game against Benfica.

In typical form, the Kop looked amazing as the club and supporters came together to remember the victims of the disaster that occurred in 1989 and saw 97 supporters die from their injuries that were caused that fateful day.

As well as leading the team out for the match, Jordan Henderson also led the tributes from the players with his Instagram post that was dedicated to the event:

READ MORE: Jordan Henderson credits the role of the Liverpool supporters as he captains the side to another Champions League semi-final

As well as this, our No.14 also shared an image to his Instagram stories that showed he is currently reading ‘One Day in April: A Hillsborough Story‘ by Jenni Hicks.

Sarah and Vicki Hicks attended the game and both of them died in Sheffield, the book recounts the events of the day and the thirty-year battle for justice by their mother.

It’s great that the Sunderland-born midfielder has become so invested in the history of the club that he has taken it upon himself to get a copy of the book and has encouraged others to do so. 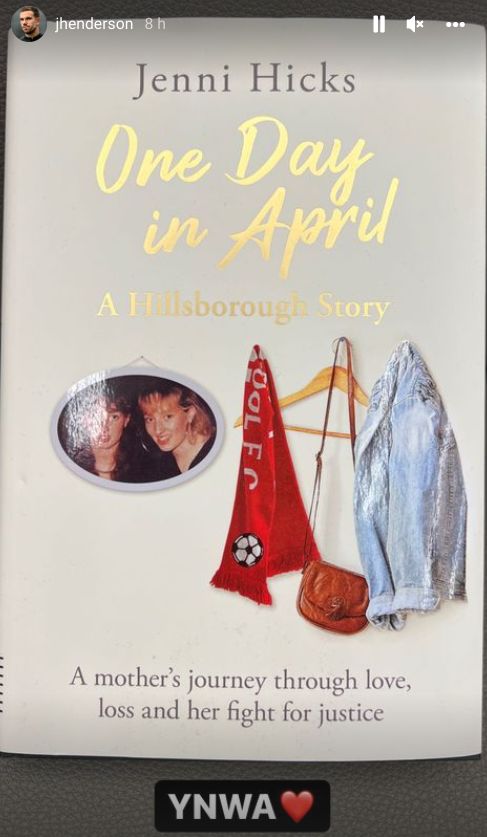