Ibrahima Konate has matched Harry Kane and Neymar’s Champions League knockout goals tally over the course of the last five seasons in his last two games against Benfica.

This comes courtesy of a tweet from freelance writer, Andrew Beasley, following Liverpool’s 6-4 aggregate victory over the Eagles in the quarter-final.

Harry Kane and Neymar each have two Champions League knockout goals in the last five seasons.

The Merseysiders’ positive overall result has seen them secure passage through to the next stage of the competition and a two-legged clash with ‘king of cups’ Unai Emery.

It’s a pretty remarkable stat to have accrued early in his Anfield career, and it’s more than promising to have a man in our ranks capable of chipping with the odd few goals in integral games.

The Frenchman has been a superb contributor when called upon this season – much in the same vein as Kostas Tsimikas – providing some great competition to the in-form Joel Matip and Virgil van Dijk.

Whilst the time isn’t yet ripe for the former RB Leipzig centre-half to take his place alongside our Dutch No.4, there’s plenty to be excited about with regard to his future in the famous red shirt. 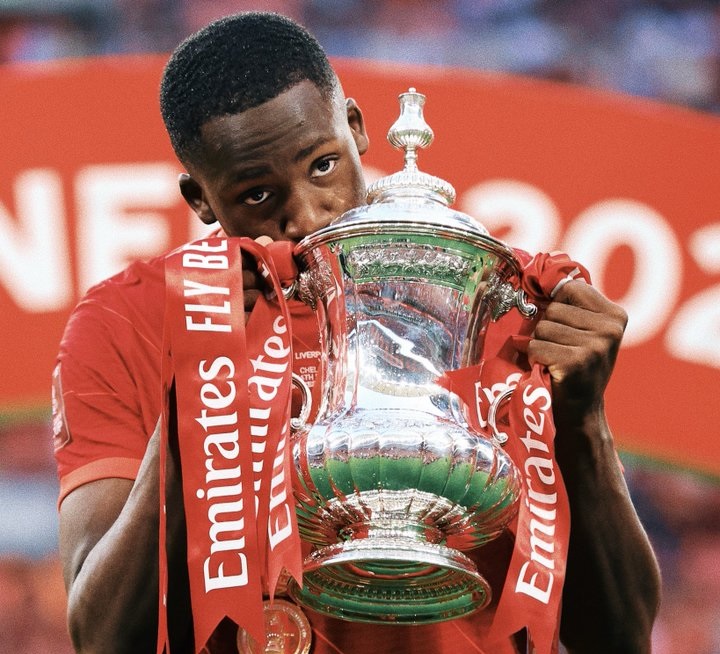