‘The 55-year-old was driving a car that collided with a bus early on Monday in Cali, Colombia’.

Our No.23 was obviously affected by the death of a player that he would have known all about, growing up and playing football in South America.

It’s such tragic news and there has been a huge outpouring of emotion from many Colombians and football fans for the man who represented his country in three World Cups.

His career included spells with Real Madrid, Napoli and in Brazil, across 18 years as a player.

You can view Diaz’s message to Rincon via his Instagram stories: 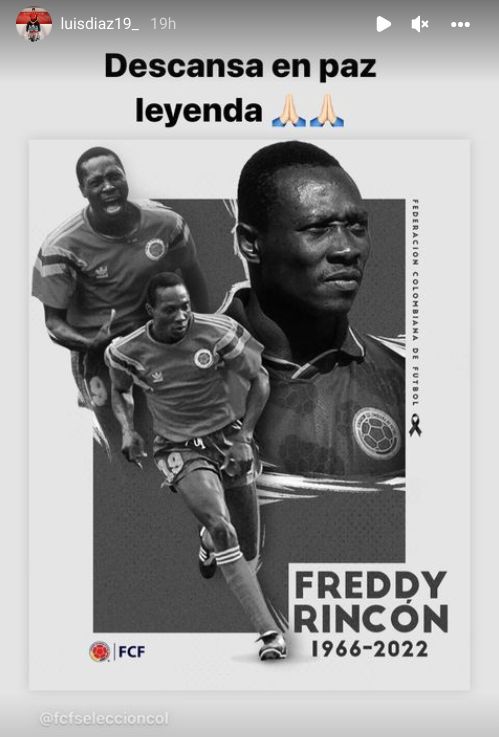