Liverpool and Wembley are almost as formidable a partnership as the Reds and Dua Lipa’s ‘One Kiss’.

Following the 2018 Champions League final where the singer first performed the song in front of our fans, it’s become a big favourite amongst our supporters.

When we defeated Chelsea in the Carabao Cup final earlier in the season the players joined in as our end belted out the song produced by Calvin Harris, cementing its place in our songbook.

READ MORE: Marco Silva admits Fulham are ‘trying to renew the contract’ with Fabio Carvalho, which may worry Liverpool fans

As the final whistle blew against Manchester City, there was only one song they were going to celebrate with and the fans went wild once again.

One kiss is all it takes… 💋 pic.twitter.com/o4YxEv7pkz

Think it's fair to say our fellow Reds attending enjoyed that one! 🙌 #LFC

There was also a post from the artist herself and she wrote: ‘it lives on!!!!!!!‘, as she continues to support the travelling Kop in their enjoyment of singing the song.

Let’s hope that when we’re back in the national stadium for the FA Cup final we’ll be hearing it very loud once again, perhaps even in Paris a couple of weeks later too!

You can view the reaction of Dua Lipa via Calvin Harris and her Instagram page: 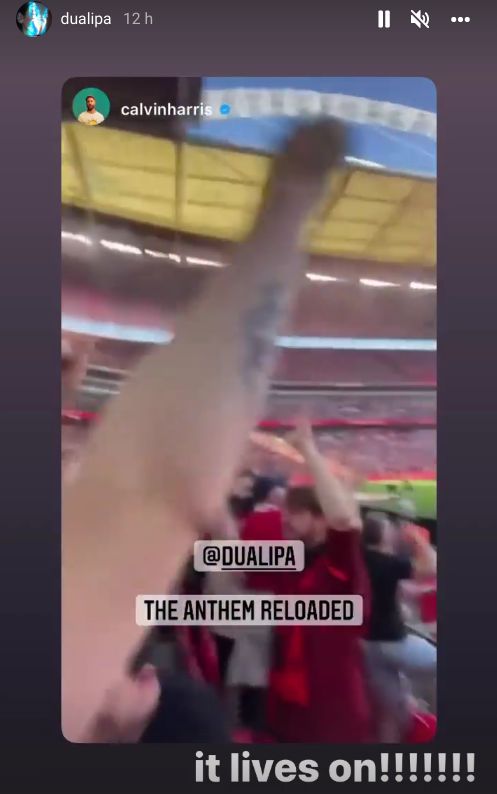