It wasn’t just the fans inside the stadium that were going wild as Thiago Alcantara helped Liverpool beat Manchester City.

Videos have been shared of the atmosphere inside Wembley but there were fans all around the world watching the game, some seasoned by many years of watching the Reds and some for a much shorter amount of time.

The red half of Wembley were dancing and swinging their scarves in the air, causing the youngster to take his shirt off and swing it above his own head in celebration.

This obviously wasn’t something the 31-year-old midfielder was able to witness himself but he shared a video onto his social media afterwards, along with the caption: ‘happy kid #YNWA‘.

Let’s hope there’s plenty more opportunities for his Dad to impress us all this season and clinch some more silverware under Jurgen Klopp. 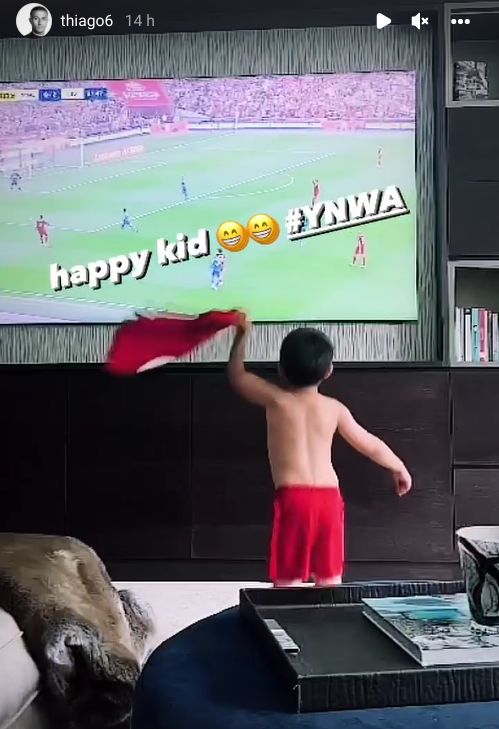