Both Diogo Jota and Andy Robertson appear to be in high spirits ahead of Liverpool’s match with Everton.

The Merseyside derby is always a date that all of our supporters look for in the diary and with so much riding on the game, and at both sides of the table, it’s likely to be a feisty affair.

Despite all this, it’s safe to say our squad are looking relaxed in their preparation for the game and they were captured in training before the match at Anfield.

READ MORE: What happened the last time a side from Merseyside was relegated and how long did it take for a top division comeback?

After seeing one of the images from the session, our No.20 decided to share it on his social media accounts as he noticed how similar he looked to the Scotland captain.

Creating a vote, the Portuguese forward playfully asked if the pair were brothers and this was something that clearly amused our No.26 who shared the post on his Instagram story and also wrote: ‘Scottish brother 😂 🏴󠁧󠁢󠁳󠁣󠁴󠁿’.

Feel free to vote if you also think that they look alike but it’s great to see how relaxed Jurgen Klopp’s side are, ahead of what will be an incredibly important few weeks.

You can view the interaction between the pair on Jota and Robertson’s Instagram stories: 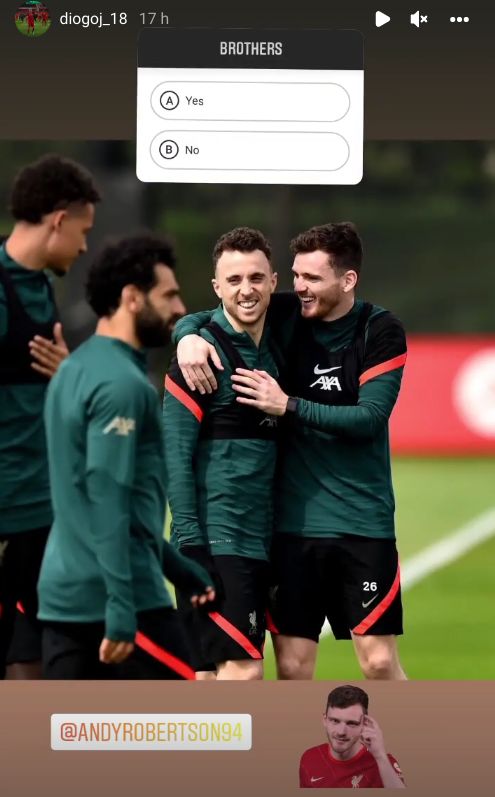 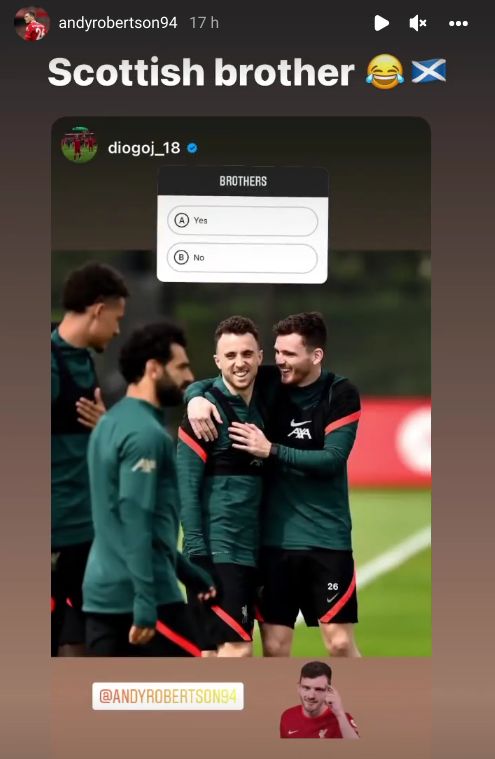 (Video) Andy Robertson: “It hurts” and “it’s impossible” but “all credit to Man City, deserved champions”