It really didn’t feel like the type of game where it would kick off but Luis Diaz seemed to take offence at something that was said.

Footage has already been shared that shows Juan Foyth being confronted by Trent Alexnader-Arnold, Jurgen Klopp, Jordan Henderson and Adrian, this looks to be more from the same incident.

The video from the stands shows our No.23 being held back by Rhys Williams, after the attacker clearly wanted to also go and share his opinions on what was being said.

READ MORE: (Video) Juan Foyth squares up to Jurgen Klopp and Trent Alexander-Arnold at full-time of the Champions League semi-final

It’s still unclear what started the incident and it does seem strange after a well mannered match between the two sides.

There looked as many as 22 people involved in the argument, which looked to fizzle out rather quickly as well.

Again, it’s strange that this did happen after the good attitude shown on the pitch and in the stands by both teams up to that point.

You can watch the video of Diaz and Williams via @carlmarkham on Twitter:

Luis Díaz didn’t seem too happy with someone from Villarreal at the final whistle. Not entirely sure what kicked off there pic.twitter.com/2IUKUzkkbr 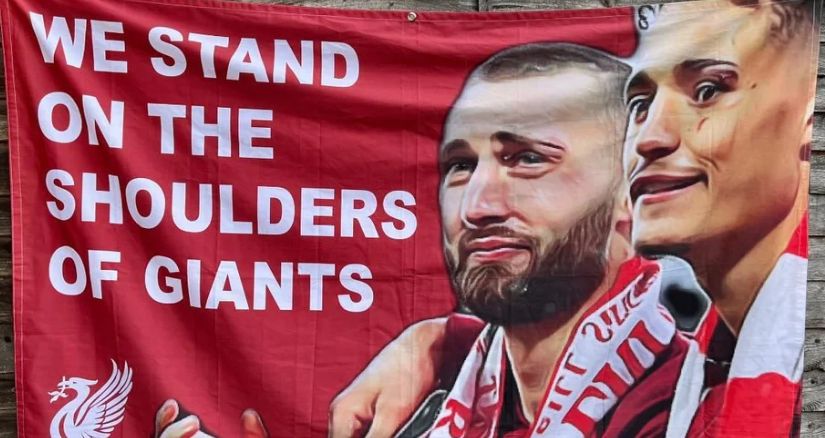