There is no way that Liverpool could be challenging for the three remaining trophies if it wasn’t for the likes of Kostas Tsimikas and James Milner.

Neither may get to start every game but their influence in the dressing room and also on the pitch, is absolutely massive.

Whether through leadership, enthusiasm or both chipping in with their fair amount of assists and brilliant passes – the duo have been very important this campaign.

Thanks to the luxury of five substitutions in the Champions League, Jurgen Klopp was able to bring both players onto the pitch after our dramatic comeback was completed.

As the whole squad celebrated reaching the final, an image was taken of the pair that the Greek Scouser was quick to use on his social media and mock our vice captain.

The 25-year-old wrote: ‘Come on old man, hold my hand! Final bound’ and we’re pretty sure our No.7 would have had a witty response inside the dressing room!

You can view the message from Tsimikas to Milner, via @tsimikas21 on Instagram: 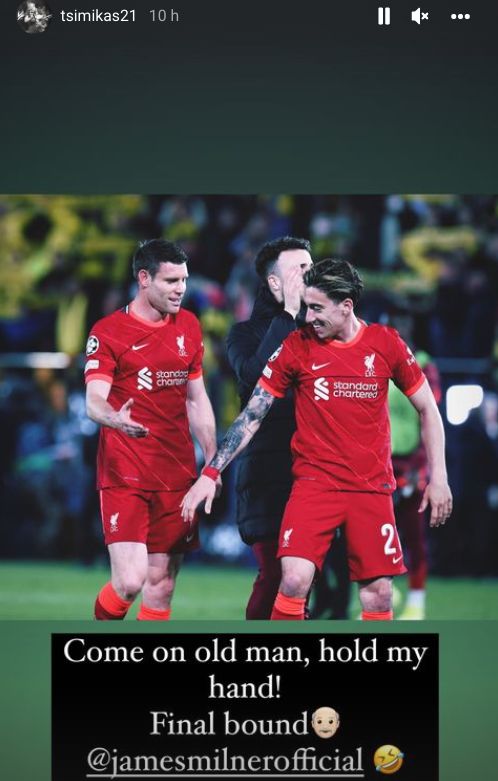