Pep Guardiola has claimed that ‘everyone in this country supports Liverpool’ after his Manchester City side thrashed Newcastle 5-0 and extended their lead at the top of the Premier League to three points.

The Spaniard did acknowledge that the Reds have an ‘incredible history’ and admitted that the title race is very much in his side’s hands after Jurgen Klopp’s side were held to a 1-1 draw by Tottenham at Anfield.

“One week ago, nobody even… we were one point in front, everyone in this country supports Liverpool, the media and everyone,” he said (via The Athletic).

“Of course, because Liverpool has an incredible history in Europe, not in (the) Premier League, because they’ve only won one in 30 years, but it’s not a problem at all.

“The situation is what it is. We have to do nine points, maybe six right now, it depends on goal difference. It is in our hands, that’s important.”

When questioned if he genuinely thought everyone wanted the Anfield outfit to win the league, he said: “Liverpool alongside United is the most important teams in terms of legacy, history, dramas.

“But we have in the last 11-12 years always been there. I know we are sometimes uncomfortable, but I don’t care. If the people want Liverpool more (to) win than us, it’s not the issue. It’s normal.

“Maybe supporters around the world support more Liverpool than us, but this is not the question. The question is, today, during the start of the game, the people supporting us more than ever won (the) home game.

“They know that even being out of the Champions League, we can rely on these players. Hopefully we can arrive at the last game here with the chance to be champions.”

READ MORE: ‘I think they’ll destroy’ – Jamie O’Hara weighs in on who he believes will win this season’s Champions League

The comments from the ex-Barcelona boss are rather bizarre – we’re not sure why he feels the need to talk about us, but we can’t help being a massive club with an incredible history and an exciting future.

His side now have a more superior goal difference to us meaning they may be able to lose a game and still pip us to the title.

Seven points from their last three games, no matter what we do, will win City the title.

Although it’s hard to accept that our title hopes are looking very slim, we have the League Cup already in the trophy cabinet and will compete for both the FA Cup and Champions League later this month. 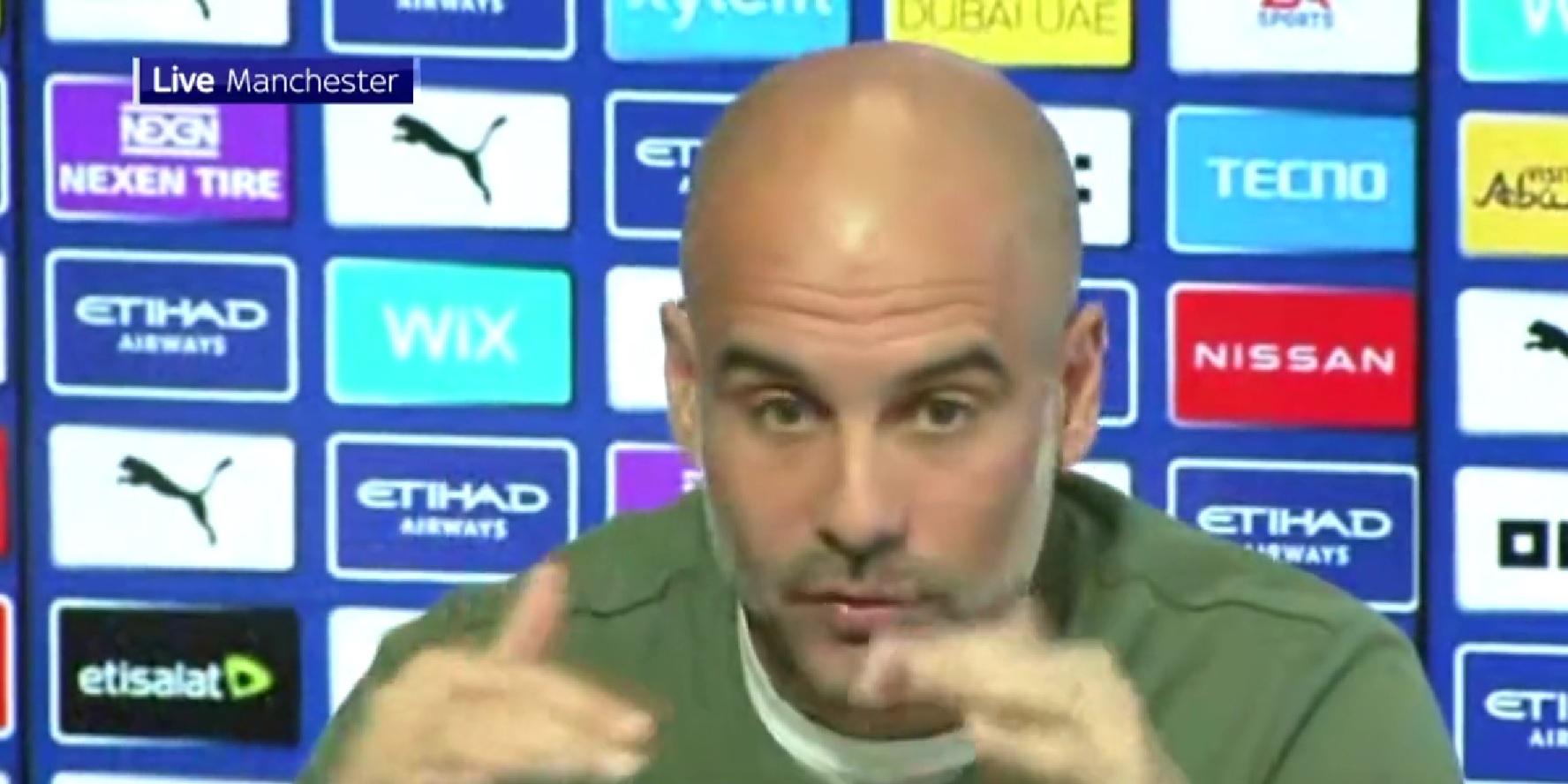