Steven Gerrard was spotted having words with Sadio Mane at the full-time whistle as Liverpool secured a pivotal victory in their hunt for quadruple glory.

The former Reds skipper congratulated the Senegalese international after the 30-year-old secured the match-winner in the second-half to keep the pressure up on league leaders Manchester City.

The left-sided winger-turned-striker has been in phenomenal form for the Merseysiders since his return from the AFCON, leading to increased calls from supporters and commentators for a new contract to be handed to the in-form attacker.

You can catch the clip below (at 10:27), courtesy of LFCTV & Liverpool’s YouTube channel: 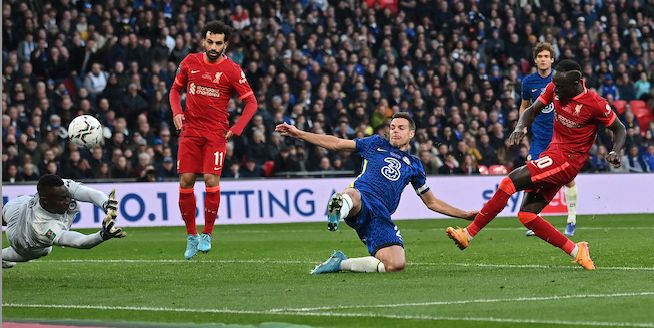