Virgil van Dijk is not shy in admitting that he loves Joel Matip and his adoration has reached a new level.

After being replaced by his mate during extra-time of the FA Cup final, our No.4 watched from the bench as Liverpool went on to win the cup on penalties.

Following the victory and trophy celebrations, the captain of Holland took to his social media account and uploaded some pictures of a memorable day at Wembley.

Alongside the caption: ‘What a time to be a Red! 🕺🏽’, the 30-year-old posted one picture stood alongside Joe Gomez and our No.32.

When tagging his teammates on Instagram, with the Cameroon international not being on the platform he was forced to make up a name and went for ‘007’.

The James Bond reference further exemplifies the hilarious level of love that is shown by the former Southampton man to our lovable marauding defender. 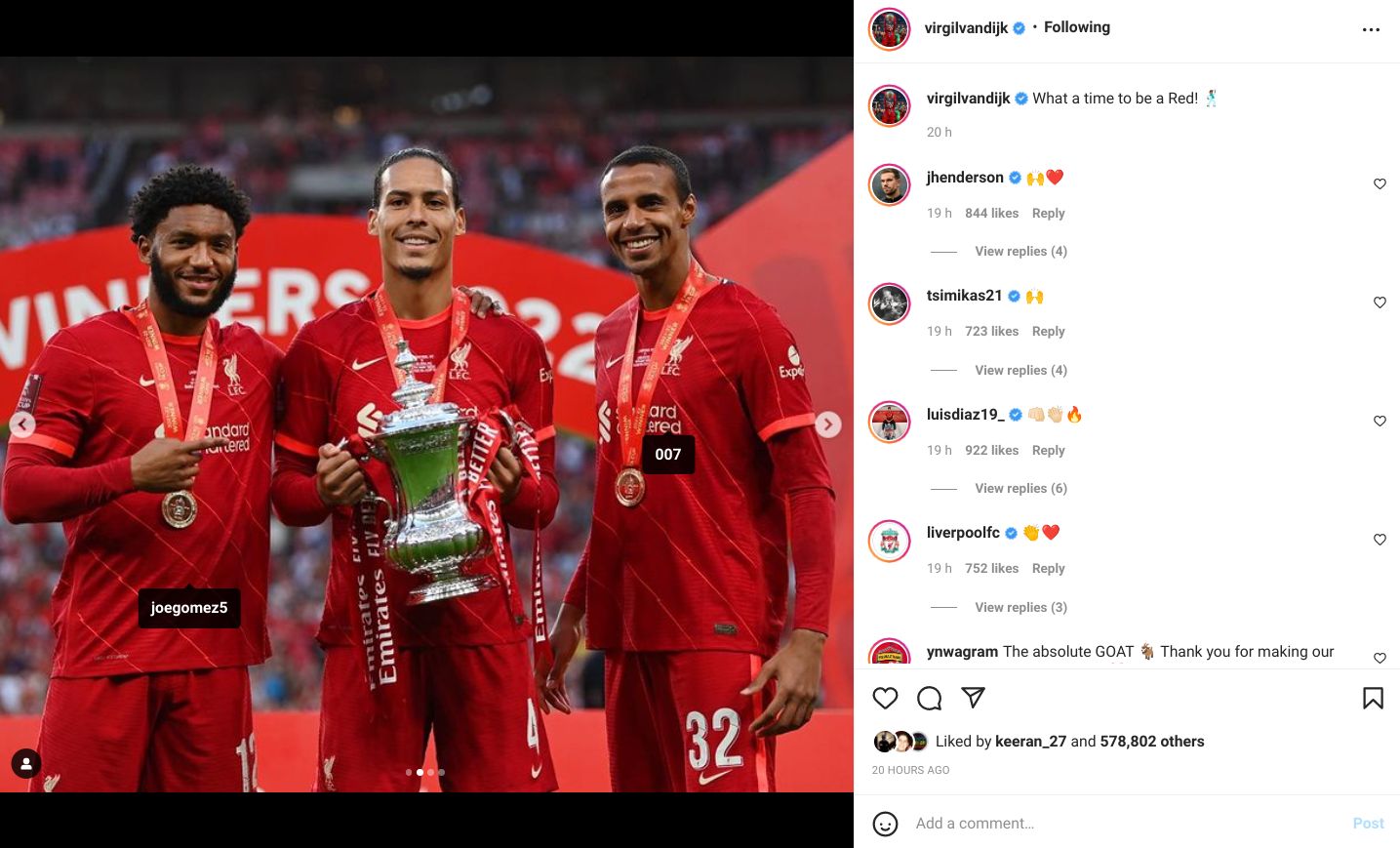