Since Luis Diaz arrived from FC Porto in January, the Colombian has struck up a rather unexpected friendship with Curtis Jones, and following yesterday’s FA Cup final defeat of Chelsea at Wembley, the pair decided to showcase their dance moves in the dressing room.

Although Jurgen Klopp’s squad is full of togetherness and all the lads appears to get on with each other, the fact Diaz and Jones are close friends is surprising due to the fact our No. 23 can’t speak fluent English.

He may not yet be able to communicate fully with all of his teammates, but he lets his performances do the talking and ever since arriving in England, he’s been superb.

Most expected the 25-year-old to need a few months to settle in and make the transition from the Portuguese top flight, but the winger has hit the ground running and is now arguably one of the first names on Klopp’s team sheet.

Whilst the squad were celebrating in the changing room after picking up the club’s eighth FA Cup trophy, the cameras captured Diaz and our No.17 showcasing their dance moves and it will certainly bring a smile to your face.

You can watch the pair showing off their moves below via @Watch_LFC on Twitter:

The most unexpected friendship duo 🕺🏼pic.twitter.com/XyanTneUZp 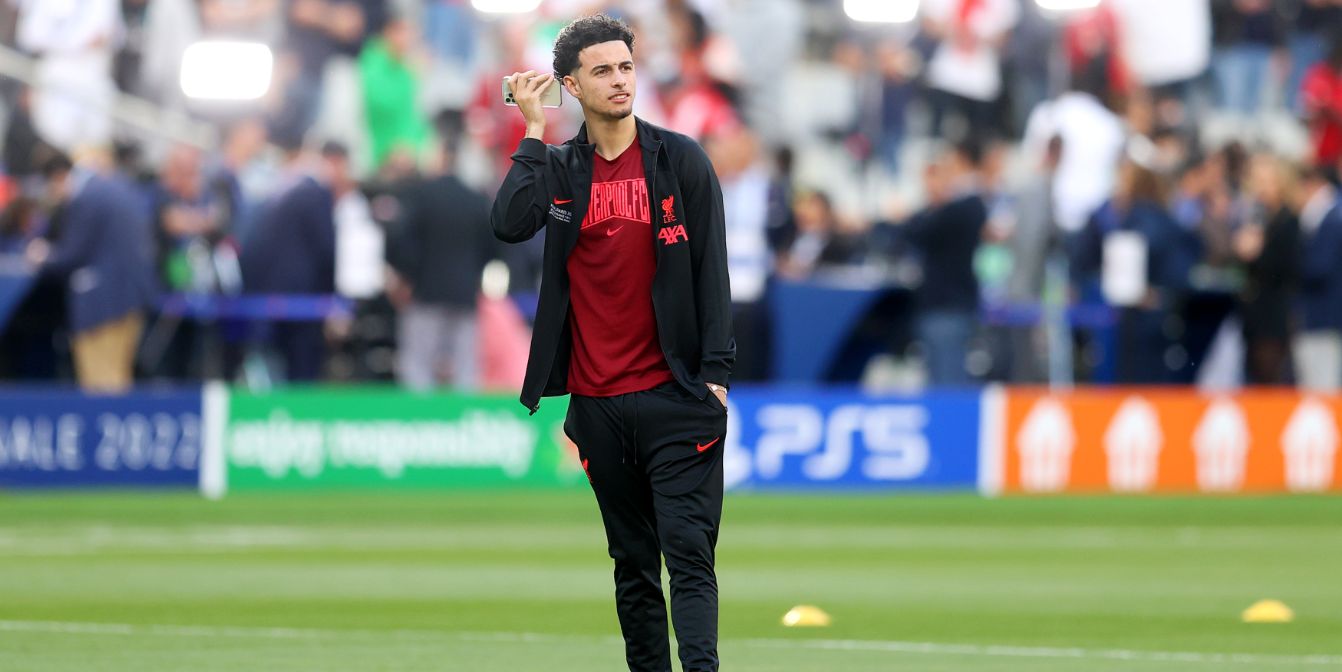