Ever since it was first heard in Kyiv in 2018, Dua Lipa’s ‘One Kiss’ has become an unofficial Liverpool club anthem.

Following the song being played after our FA Cup final win, the singer took to her Instagram and wrote: ‘ABSOLUTE SCENES!!!!! @liverpoolfc @calvinharris’.

The 26-year-old also shared two videos of our supporters singing along with the song as Wembley shook to the noise of one of our favourite songs.

With the words echoing around the stadium and red smoke billowing from our jubilant supporters, it’s not hard to see why we seem to have a new adopted fan.

Replies from Mighty Red saying: ‘Is right @dualipa ❤️’ and Calvin Harris (the song’s producer): ‘Absolute certified f***ing banger’, show that this was a popular post for the near one million people who liked it.

Let’s hope we hear it again before the season finishes and that the song’s legacy can live on. 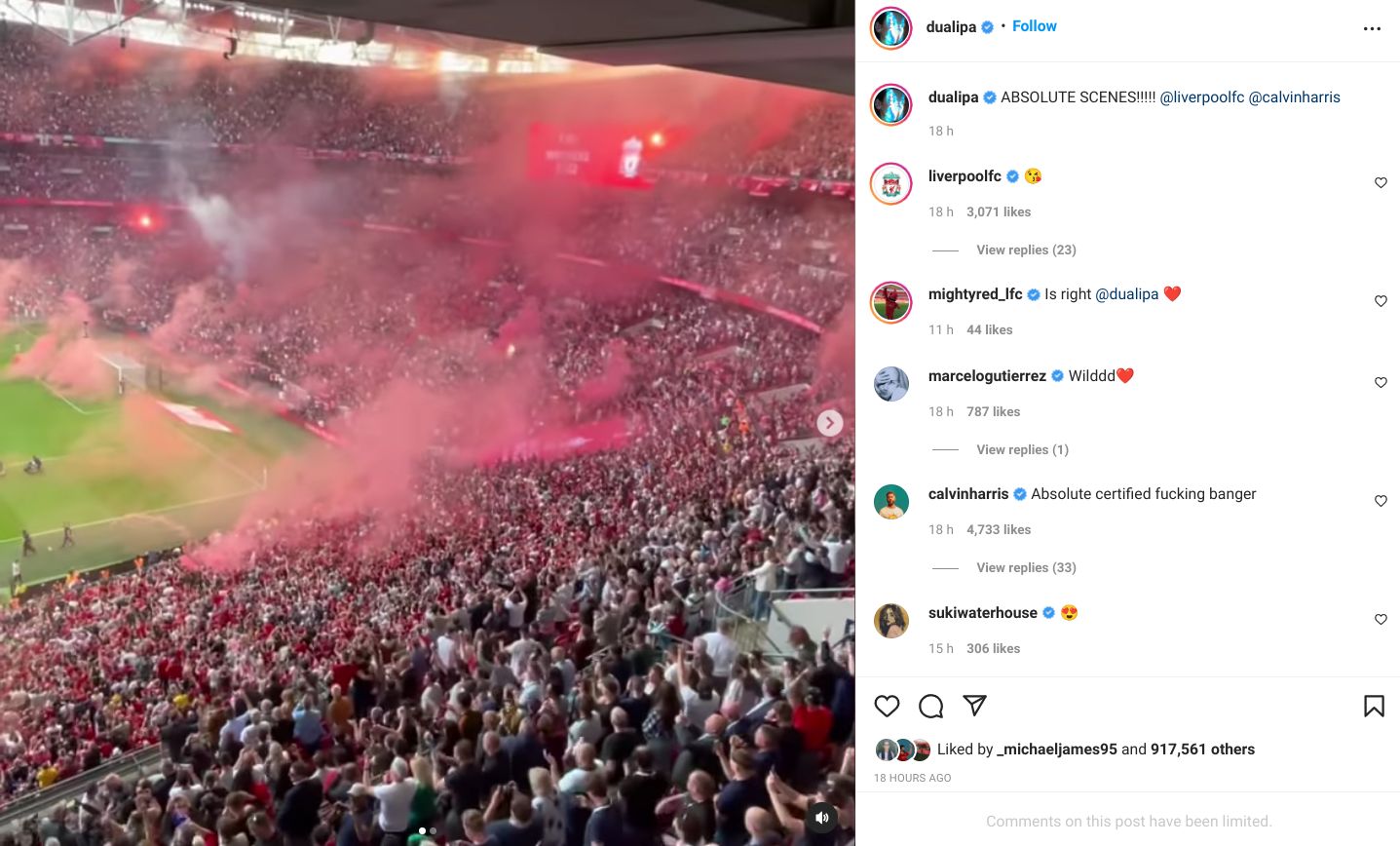