Martin Skrtel has officially announced that he will be retiring from football and is set to play his final game this weekend.

The 37-year-old announced the news on his Instagram page, where he wrote: ‘After 20 years of my career I forced to inform you that the match with FC DAC (Dunajská Streda) will be my last match and my career will over.

‘Because of long time back problems it’s impossible for me to keep playing , that’s why I had to make such a decision. I want to thank all football clubs, coaches, playmates and all fans of all clubs from all countries where I’ve ever played.

READ MORE: (Video) “Martin Atkinson had the same situation for us already” – Klopp on the missed foul on Diogo Jota for opening goal

‘Certainly, I want to thank all my friends and especially my family. Thank to my wife, son, parents, relatives for staying by me and supporting me all these years. Thank you a lot’.

Ex-Red Jay Spearing replied by saying: ‘Unbelievable career my friend was a pleasure to have played along side you and call you my friend ❤️’ and Jordan Henderson wrote: ‘🙌❤️’.

It was also announced on Twitter by his current club, Spartak Trnava:

The Slovakian played 320 games in eight years at Anfield, being signed by Rafa Benitez in 2008 and spent his final game under Jurgen Klopp on the bench during the Europa League final.

He sits 58th in the list of our all-time appearances and has represented the Reds more times than names such as Dirk Kuyt, James Milner, Bob Paisley and Sadio Mane.

All the best on your retirement and thanks for the happy memories in a red shirt, here’s 18 of them for you to watch now: 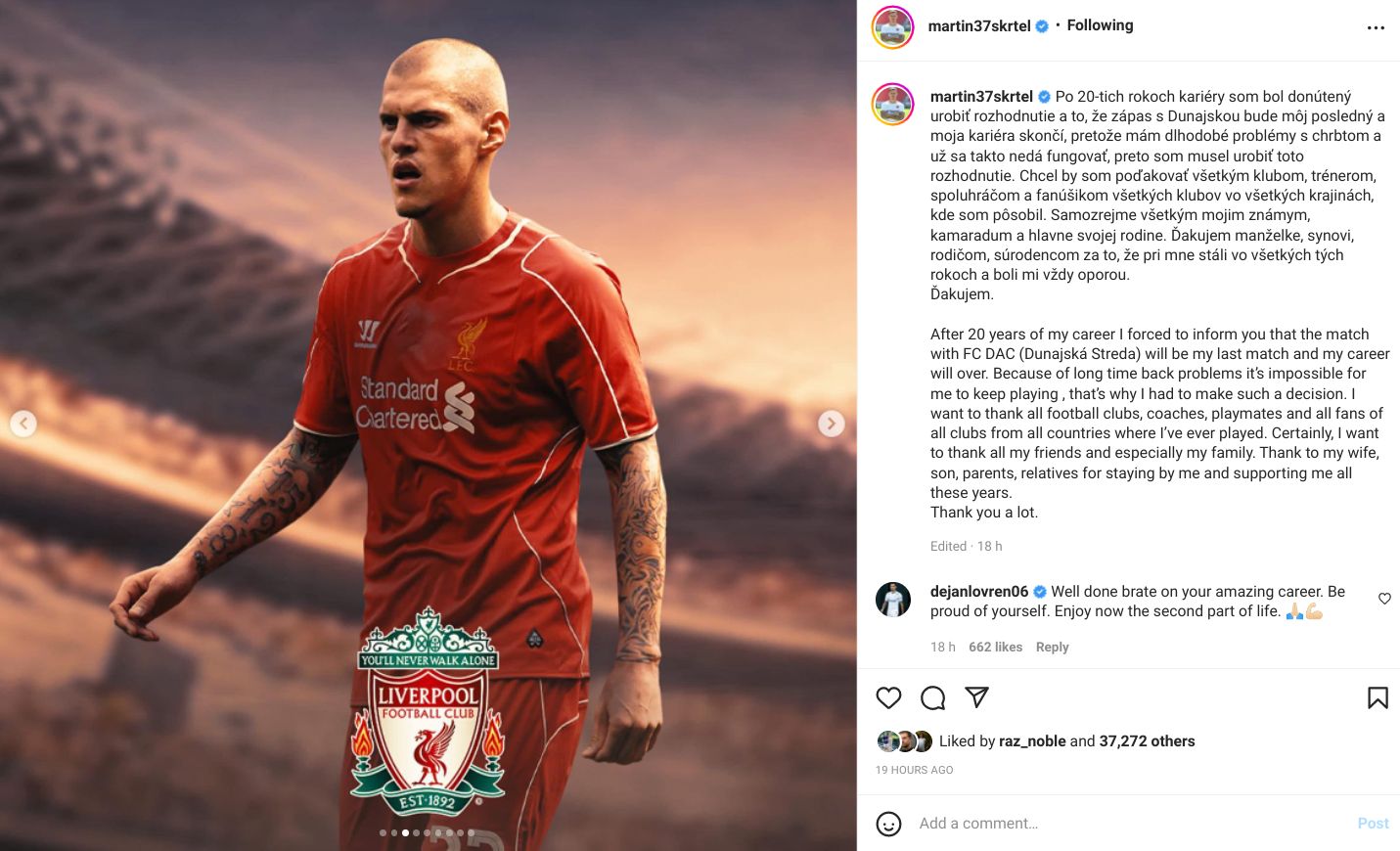