Despite being 36-years-old, James Milner had a huge impact at Wembley as he came on during the FA Cup final.

Following his contribution to Liverpool’s eighth victory in the competition, our No.7 returned home to a special gift from some big admireres.

Taking to his Instagram account, our vice captain used the caption: ‘What a welcome home that is 😍 #thingsyoulovetosee #milkinsecond #gifted’.

READ MORE: Nigerian prisoner given special privileges and allowed to watch Liverpool play in their final two games of the season

This went alongside an image of a box of tea bags that had been gifted to the Leeds-born midfielder, along with a note that read: ‘Hey James, Congratulations on your brilliant FA Cup win! Some proper brews to keep you powering on until the end of the season. Good luck lads!’.

Whether or not the veteran utility man will be sharing them with his teammates is unknown but it’s quite likely he’ll be enjoying most of them himself.

Let’s hope the Yorkshire Tea gives all the lads a boost and we can end the season with a couple more trophies! 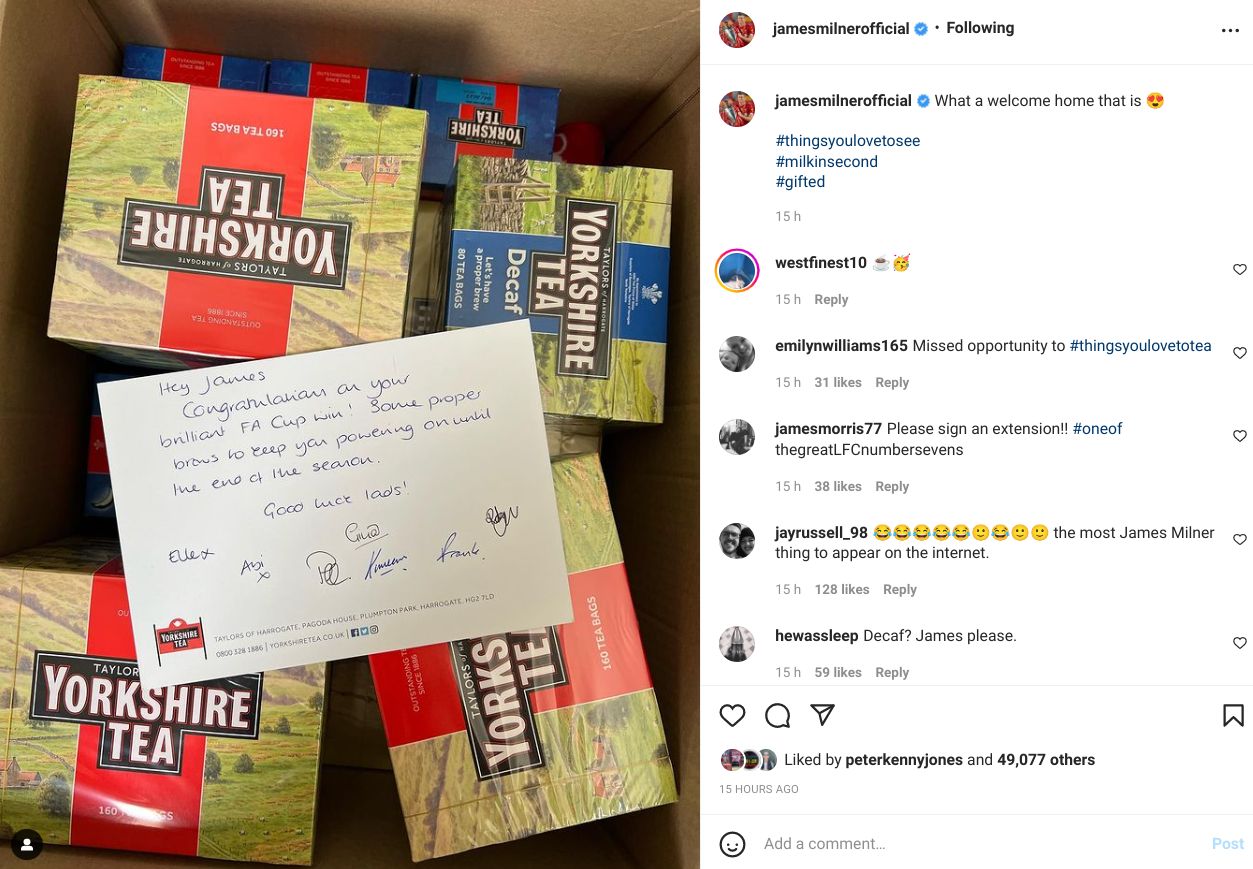