Mo Salah recorded the most assists in the Premier League this season but made sure to pose with his teammate.

Trent Alexander-Arnold is famed for his ability to put the ball on a plate for his mates and many would have expected him to have the highest tally in the league this season.

Instead, our No.11 had one more than the Scouser in our team but he wanted to make sure he got a picture alongside the right-back.

READ MORE: (Image) Jurgen Klopp and Steven Gerrard pose for a picture as they share a pint together before the Champions League final

They both held the trophy together after recording a total of 25 between them, which is some record for two players in our team to achieve.

After also holding the trophy for top scorer as well, it was only the fourth time in Premier League that that feat had occurred too.

With the news confirmed that the Egyptian King will be playing at Anfield next season, let’s see if he can match this achievement in the next campaign – something that would be unprecedented. 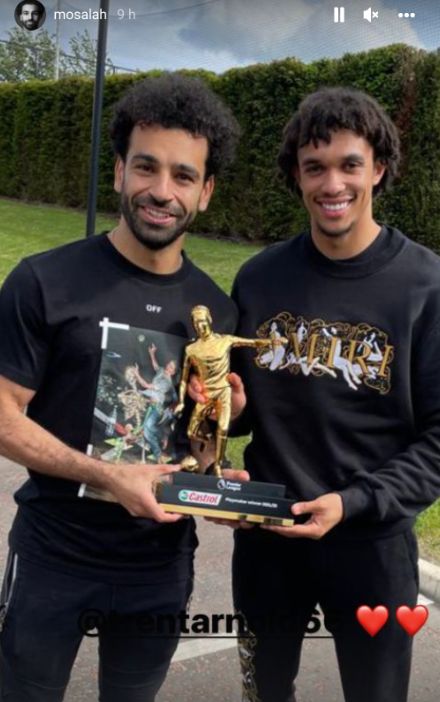