Despite the Parisian heartbreak, as Sky News put it, after Vinicius Jr’s solitary strike handed Real Madrid a record 14th Champions League title and denied Liverpool a seventh European crown, the Reds will look to make amends ahead of the 2022/23 season.

However, it is a defeat that will hardly stain the club’s stature as one of the world’s greatest and most respected.

The Merseysiders have gone on to achieve unprecedented triumphs, seizing 14 European and intercontinental trophies – more than any other British club in history.

And, of course, these triumphs have been facilitated with the help of some of the club’s most scintillating performances on the fanciest of football nights. 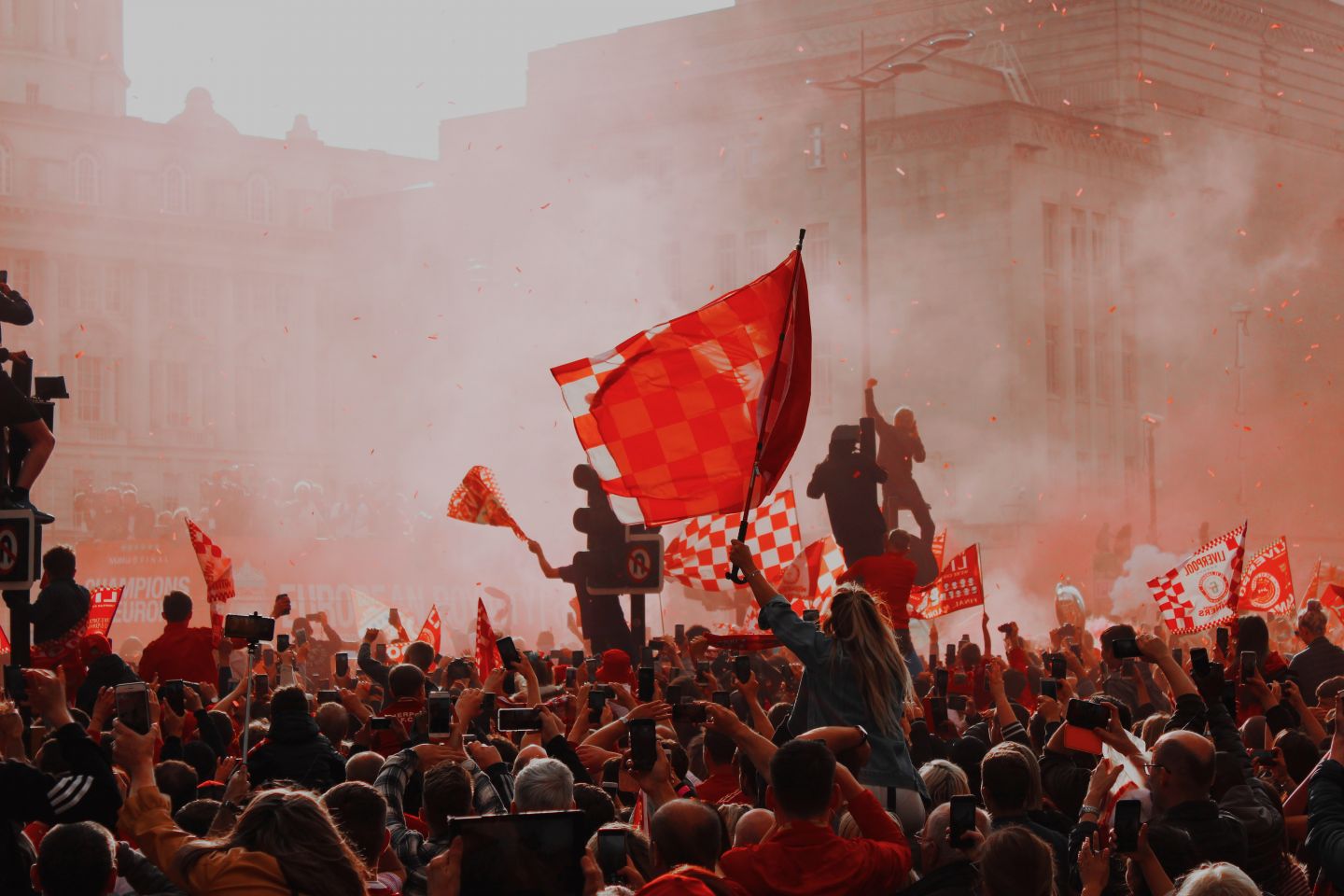 Here, we take a glance at Liverpool’s most memorable matches on the biggest stages, beginning with the most recent of those extraordinary nights.

The Divock Origi and Gini Wijnaldum show, it truly was.

The duo lit the biggest stage of all by sharing two goals each when it mattered the most, killing off the Blaugrana in a semi-final of epic proportions.

The Belgian international drew first blood in the 7th minute before his teammate bagged a brace of headers within two minutes of one another.

Then, a moment of instinctive brilliance from Trent Alexander-Arnold saw the fullback improvise a corner and feed Origi in the box, who then sent Anfield into absolute pandemonium to win the tie.

Liverpool’s journey to their first Champion League final in 11 years was absolutely emphatic having previously dispatched Porto and Manchester City 5-0 and 5-1 on aggregate respectively.

Roma endured a peak Reds frontline of Salah, Firmino and Mane on the night – with the former two registering a brace and the latter with one goal.

Despite losing the return leg 4-2, Liverpool’s dominant display led them to the final.

A show of steel, skill and spirit; Liverpool’s comeback win against Dortmund turned out to be a game of superb drama.

The hosts went down twice in the opening nine minutes before Marco Reus restored a two-goal cushion for the visitors after Origi had struck.

Philippe Coutinho pulled one back and Mohammed Sakho made in 3-3 to give hope of an astonishing comeback, which was unbelievably capped by Dejan Lovren’s stoppage-time winner.

The Miracle of Istanbul wouldn’t have taken place if it wasn’t for Steven Gerrard’s heroics on that fateful Anfield night.

“It was one of the sweetest strikes I ever hit,” he revealed in an exclusive with The Independent almost a decade later.

Liverpool had to muster a win in order to avoid elimination from the group stages and Brazil great Rivaldo handed an early scare with his mazy freekick, leaving the Reds needing three goals to advance to the Round of 16.

However, Neil Mellor’s substitution turned things around. He poached his side’s second before laying off our ex-skipper for a stunning late goal with the outside of his foot from 25 yards.

The club’s fondest European memory, bar none. The Reds scarred Milan with arguably the greatest ever comeback in European history, coming from 3-0 down in the second-half to score three in six minutes and stretch the game all the way to penalties.

The game involved everything football is about – grit, resilience, heartbreak, joy, and whatnot. Words fail to explain what went down that day in Istanbul, as it turned out to be an experience that arrives far and few in the beautiful game.

Despite all the fanfare of the recent past, Jurgen Klopp’s men are the most prolific team in the club’s 129-year history, having scored 147 goals in 63 games in 2021/22.

Meanwhile, the Reds also added two trophies to their illustrious cabinet – the League Cup and the FA Cup – but missed out on the Premier League title by a point to Manchester City.

According to statistics provided by outlets such as SBO, the Cityzens are touted to lift the league title once again in 2022/23, with Liverpool in close contention, just like the recently concluded campaign.

The site cuts through the noise of online betting to bring about insights that can make a difference and help kickstart a productive outlet for additional income.

Players, whether old or new, can also benefit from rewards and bonuses such as free bets, loyalty points, cash backs and accumulator schemes.

Having played every potential match in 2021/22, one can count on Liverpool to replicate the feat once again next season, especially considering the quality of the team at Klopp’s disposal.