Mo Salah may have confirmed that he’s staying with Liverpool next season but that hasn’t stopped speculation about him moving next summer.

Reports have suggested that the Egyptian King is holding out to leave on a free transfer and will want to remain in the Premier League, which has upset some of our fans.

Writing on his Instagram stories, Jose Enrique said: ‘Please guys stop saying s*** stuff when not him or his agent say about going to another premier league club if he doesn’t renew his contract.

‘I don’t know where this news come from but don’t believe we should treat Salah this way when he is a legend for the club’.

In truth, there haven’t been that many of these abusive posts but you can understand why this would upset our fans.

Nevertheless, there’s no point getting on our No.11’s back now because he’s still set to stay another season either way.

Hopefully he and the club can come to an agreement and the 29-year-old can extend his Anfield stay.

You can view Enrique’s comments on Salah via @joseenriquee3 on Instagram: 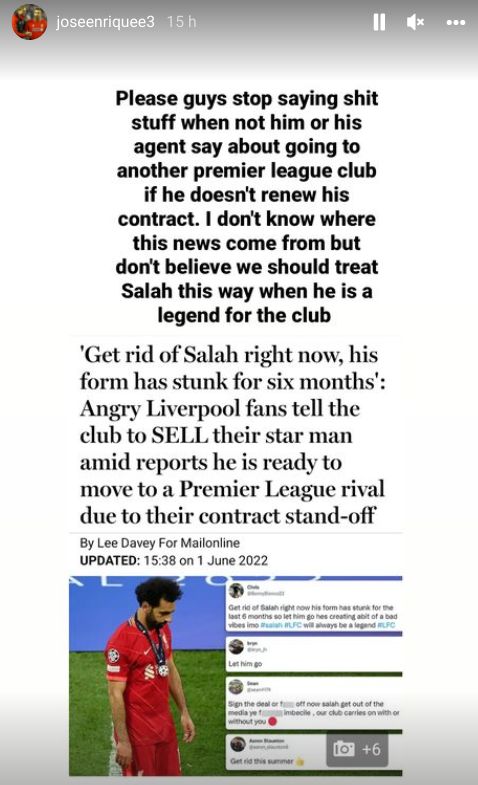